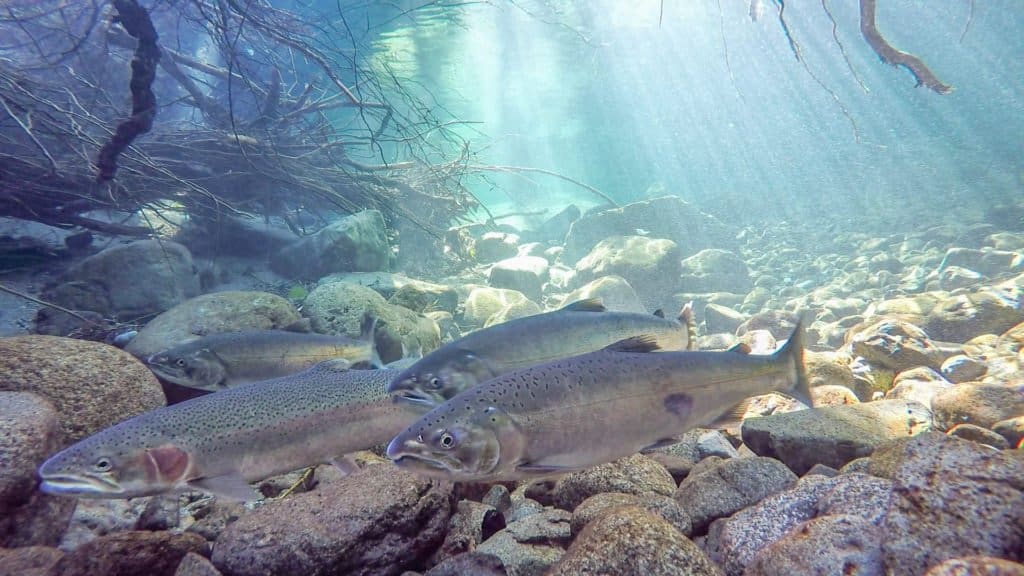 In 1968, Washington Wild’s former board member and long-time river advocate Doug North was a 16-year-old student at Ingraham High School in Seattle. He had grown up through the ranks of his boy scout troop where he took backpacking trips up the Big Quilcene and Dosewallips Rivers on the Olympic Peninsula. Little did he know that a historic law would greatly affect how he spent his passion and energy through much of his adult life.

By the 1960s, decades of dam construction had blocked thousands of miles of fish habitat, degraded water quality, flooded riverside forests and farmland, and changed the ecology of hundreds of rivers. Despite their promise of power and energy, over time the negative impacts of the more than 70,000 large dams blocking 600,000 river miles became clear.  These revelations changed minds, including Senator Frank Church of Idaho who moved from a pro dam position to a champion of new legislation in 1966.

Three years later, on October 2, 1968 the Wild and Scenic Rivers Act became law seeking to balance the federal government’s role in damming and channelizing certain segments of rivers with protecting the free-flowing character and associated river values for present and future generations. Today, the act protects more than 200 rivers totaling 12,734 miles as part of a national wild and scenic rivers system.

“The Wild and Scenic Rivers Act was a big boost for wild steelhead populations and those that love and depend upon them,”

“Over the last 50 years it has been an important tool to stop new dams on wild rivers across the country and retain quality fish habitat.”

Ten years later, Doug worked as a law clerk before starting his own legal practice. He spent his free time climbing many of Washington’s renowned peaks with his brother including The Brothers, Mt. Stuart, and Mt. Adams.

In 1978, Washington State celebrated its first Wild and Scenic River designation. Congress designated 158 miles of the Skagit River and its tributaries, including the Sauk, Suiattle, and Cascade rivers. The Skagit River and its tributaries provide spawning ground for as much as half of the Chinook salmon of Puget Sound, and it is the only river system in the state that has healthy breeding populations of all five of the native salmon species. Because of its salmon abundance, the region is also home to one of the largest overwintering populations of bald eagles in the U.S.

“The Skagit River is the one of the largest and most biologically important river systems in the continental United States. As the third largest drainage within the lower 48, it represents over one third of all freshwater contribution to the Puget Sound,”

“This river system and the ecological treasure of native fish and wildlife it sustains is the foundation of the cultural integrity and spirituality of local tribes that have called it home since time immemorial. Salmon are the very cornerstone of the food system that has sustained these communities for hundreds of generations.”

In many ways rivers connect us. They strengthen connections to nature, to each other through recreation, and to the source of the clean water we rely on for wildlife, fish, farms, businesses, and safe drinking water. Wild and scenic rivers provide an opportunity to protect our water from the snowcaps of the Cascade Mountains to the whitecaps of Puget Sound.

Over the next three decades, three additional wild and scenic rivers were designated in Washington State, including the Upper White Salmon, Lower White Salmon and Klickitat Rivers. As of 2005, Washington has nearly 200 miles of designated Wild and Scenic Rivers.

In the 1980’s, now in his thirties, Doug found his life-long passion for canoeing and whitewater rafting. In an effort to share his love for paddling, he wrote one of the classic guide books entitled, “Washington Whitewater.” 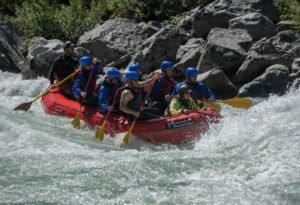 Wild and scenic rivers also provide world class recreational opportunities like whitewater rafting, kayaking, fishing, riverside camping, wildlife viewing, and scenic hiking. Outdoor recreation is a massive and growing industry generating $887 billion in annual consumer spending. River recreation accounts for up to one-third of this spending, including activities both on and around waterways.

“Wild rivers like the Skykomish and the Skagit have always been a big part of my life, and an important venue for our business.”

“We exist to provide trainings, environments, experiences, and resources that lead people especially youth in exploring the outdoors. Wild and scenic adventures can change the way we see the world.”

In 1984, Doug served on the Washington Wild Board of Directors and founded the Friends of Whitewater with the focus of leading a legislative campaign to designate more than 2,000 miles of new rivers as Wild and Scenic. However, as local politics and battles over the fate of the remaining old growth forest enveloped the Pacific Northwest in the late 1980’s and early 90’s, the vision of a statewide Wild and Scenic Rivers bill faded.

In 2008, Doug rejoined the Washington Wild Board just as the flagship Wild Sky Wilderness was signed into law. Despite the 106,000 acres of low elevation forests and salmon spawning streams that were designated, Doug noticed the absence of any Wild and Scenic River designations for the Skykomish and other rivers on the landscape.

Washington Wild mobilized local wilderness advocates and the local conservation community to insist on including Wild and Scenic River protections in future Wilderness designation campaigns. As the next bill was introduced into Congress to add 22,000 acres to the Alpine Lakes Wilderness in 2008, it also included nearly 40 miles of Wild and Scenic River designations for the Pratt and Middle Fork Snoqualmie Rivers. In 2014, both rivers as well as a separate proposal to protect Illabot Creek (a Skagit tributary) were formally designated. With these new designations, the length of statewide Wild and Scenic Rivers increased to more than 250 miles.

In 2012, Washington Wild helped lead efforts to include 460 more miles of Wild and Scenic River designations as a part of the Wild Olympics legislation which is currently pending in Congress.

Future Stewards of Our Rivers 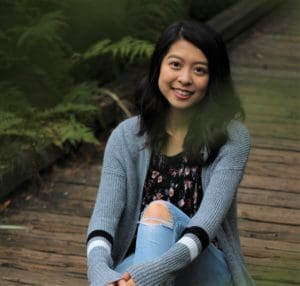 As Doug looks back on a life of advocacy for the rivers he loves, he is inspired by the next generation of river advocates who are coming of age. These are young conservationists like Anne Lee, a senior at Tesla STEM High School from Sammamish, WA.

Over the past year Ann has participated in several STEM exchanges with the rural Darrington Middle School supported by Washington Wild, the Darrington Collaborative, and the Glacier Peak Institute. Students spend a day sampling water from streams near Darrington, including the Sauk Wild and Scenic River, comparing the water quality and other factors.

“Whether its climate change, protecting our wild rivers, or living more sustainably, my generation understands that the time for action is now,”

“We need to use tools like the Wild and Scenic Rivers Act to ensure that we protect our clean water and wild rivers for the generations that will follow us.”

Join us THIS Sunday 7/29 at HellBent Brewery to celebrate the release of the Source of the Sound IPA, a charity beer dedicated to celebrating the 5oth anniversary of the Wild & Scenic Rivers Act! For every pint sold, $1 will go to Washington Wild to support our conservation work.