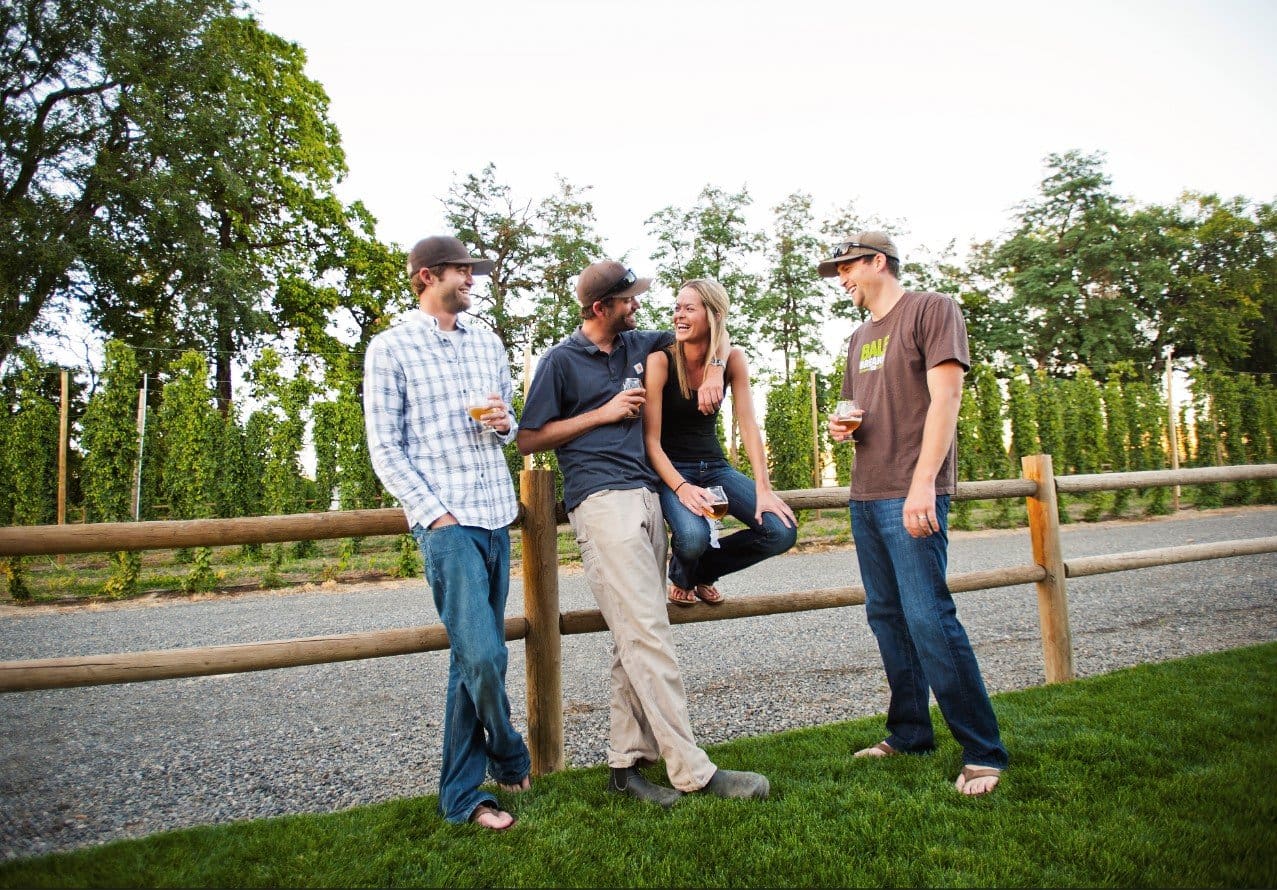 Crafting fresh-off-the-farm brews from the middle of a hop field, Bale Breaker Brewing Company is a family-owned brewery located in the Yakima Valley. Backed by four generations of hop farming experience, Bale Breaker started in 2013, and has since become the fourth largest independent craft brewery in Washington.

As they have grown over the years, so have their sustainability practices and community engagement. Bale Breaker joined Washington Wild’s Brewshed® Alliance in 2018 to help protect the wild watersheds that sustain the local craft beer industry. Recently, this partnership led Bale Breaker to support Washington Wild with a charity beer called “Brewshed IPA.” This super-sustainable brew was made with Salmon-Safe certified ingredients and brewed with barley and wheat grown and malted in the Pacific Northwest.

“The concept around this charity beer was to highlight the importance of protecting our heathy watersheds for our salmon, Southern Resident orca, and us,” said Kevin Quinn, co-owner of Bale Breaker. “To make great beer, you need to have a pure and quality water source. So much of our industry relies on this.”

Brewshed IPA featured a collaborative can design and was available in PCC markets beginning in October 2019. Bale Breaker ended up raising $2,000 for Washington Wild.

As Bale Breaker looks towards the future of the craft beer industry and the ingredients they use, sustainability is one of their key goals.

“We’re focusing on the hyper-local,” Quinn said. “As a brewery that already grows our own hops, we’ve started taking it one step further by growing our own barley, and in 2020 are releasing the second and third releases of our 100% Homegrown IPA Series, Sown & Grown.”

Bale Breaker’s goal is to brew beers that reflect their family’s farming history, the unique landscape of the Yakima Valley, and promote local, farm-grown products in the marketplace.