As a public comment period by the British Columbia government closed on May 18, opposition to proposed mining in the Canadian headwaters of the Skagit River has grown substantially. The Skagit flows through Washington State before providing a third of the fresh water for Puget Sound, habitat for Chinook salmon and critical food for endangered orca whales.

Over the past several weeks, Washington Wild has been coordinating a coalition of more than 111 conservation, recreation and wildlife organizations as well as tribes and elected officials in opposing proposed mining in the Canadian headwaters of the Skagit River. 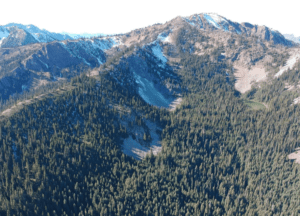 Check out the recent press on this important issue:

“The Seattle Times’ Evan Bush reported that a host of leaders, from Seattle and Washington government and members of Congress to tribes, have voiced immediate opposition to the mining plan, and for good reason. After so much effort to restore salmon populations to feed humans and endangered orcas alike, renewed mining operations in the “donut hole” surrounded by E.C. Manning Provincial Park and Skagit Valley Provincial Park would create costly, perhaps irreparable damage.”

“All told, more than 100 elected officials, tribal leaders and environmental organizations on both sides of the border have declared their opposition after the company filed for exploratory drilling permits, according to a tally by Tom Uniack, executive director of conservation nonprofit Washington Wild.”

“For decades, Washingtonians have spent millions of dollars working to rebuild the Skagit’s fledgling fish runs. This destructive mining project threatens to undo this hard-earned progress and further imperil the iconic Skagit River and its invaluable fisheries. We cannot let that happen. We must defeat this project before it’s too late.”

“Mining in the Skagit River headwaters is antithetical to salmon recovery and our way of life. Our subsistence, cultural and commercial activities are dependent upon wild salmon, and are central pillars to Washington tribes’ treaty-protected rights.”

“Neither the previously allowed logging activities, pending timber sales, nor this latest mineral exploration permit are in alignment or in keeping with the spirit and intent of the Treaty,” says the letter, which is signed by groups such as Washington Wild, Washington Environmental Council and Save Our Wild Salmon Coalition.

“Of far greater worry. Imperial Metals has applied for an exploratory mining permit in the far headwaters of the Skagit River. Remember the name. Imperial owns the Mt. Polley mine, a copper mine where a tailings dam breached in 2014, sending millions of gallons of water and toxic slurry down a creek into Quesnal Lake and the Cariboo River.  The Quesnal and nearby Horsefly Lakes are spawning grounds for one of the Fraser River’s great sockeye salmon runs. 200,000 salmon were headed upstream when the tailings slurry rushed downstream. Such is the mining industry’s clout in Canada that nobody has ever been punished.”