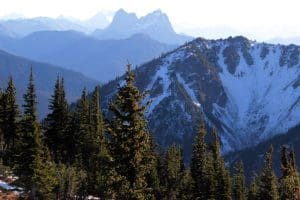 Washington Wild was mentioned specifically as an example of exemplary cross-border coalition building, “Washington Wild helped to catalyze a larger coalition of 280* organizations… Key to [which] was the inclusion of Native American and First Nations voices.”

In response to the emerging Donut Hole controversy, the wilderness protection organization Washington Wild helped to catalyze a larger coalition of 280* organizations, including regional and state governments, communities, businesses, and not-for-profits. Among the signatories were representatives from the City of Seattle (Mayor Jenny Durkan), the State of Washington (Governor Jay Inslee), Lummi Nation, Patagonia, and U.S. Senators Patty Murray and Maria Cantwell. These organizations and individuals represented specific entities and constituents located downriver from the project and also in adjacent areas in the interior of British Columbia. Key to the coalition was the inclusion of Native American and First Nations voices. Several tribes—including the Swinomish, Skagit, Sauk Suiattle, and Samish tribes—located in proximity to the Skagit basin voiced formal opposition primarily on the grounds that the mining development would undermine previously established treaty rights for fishing and hunting in the watershed.

-Excerpt from WWU policy brief, The Impact of Cross-Border Environmental Media and Advocacy at the Skagit River Headwaters

*The size of the coalition ultimately swelled to 382 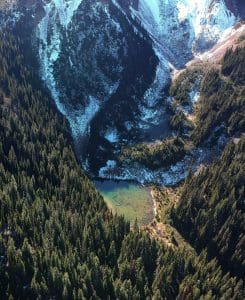 The Skagit River has been an issue of great social and ecological importance throughout the last century within the B.C Canada–Washington State region known as Cascadia. As the largest and most biodiverse Cascadia river, which provides 30% of the freshwater input to Puget Sound, the Skagit is of paramount importance. Also a favorite among outdoor enthusiasts, it has long been a regular point of contention.

The specific fight highlighted by the policy brief refers specifically to the 2019 mining proposal for the area referred to as the “Donut Hole”, which was met with immediate and substantial opposition. Advocates on both sides of the US/Canada border expressed grave concerns about impacts on wildlife and the surrounding North Cascades ecosystem.

Additional background info on our efforts to protect the Skagit Headwaters can be found here.

Analyzing the cross-border networks and local interests involved in the Skagit River Donut Hole controversy, Moscato identified three distinct takeaways for crossborder environmental communication: 1) cross-border media is critical to the public interest and eliminating unilateral decision making, 2) diversified digital media strategies are fostering a wider-range debate about ecological topics, and 3) the infusion of rhetoric in environmental debates—particularly the kind of discourse that lends itself to media headlines and cinematic storytelling—drives a persuasive form of narrative that can influence public opinion and ultimately policy action.