Washington Wild Coordinates Letter to Rep. Adam Smith in Thanks for Advocating for Wild Olympics as part of the NDAA 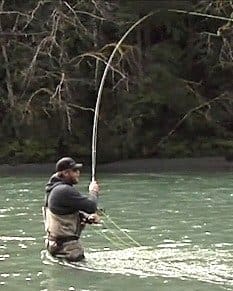 Fisherman on the Hoh River courtesy of Wild Olympics Campaign.

On November 10, Washington Wild sent a letter to Rep. Adam Smith (D-WA-09) undersigned by 32 progressive and environmental organizations, elected officials, and local businesses thanking him for his leadership passing Wild Olympics and other public lands conservation bills out of the House as amendments to the National Defense Authorization Act (NDAA).

The letter also urged Rep. Smith to keep fighting to keep Wild Olympics & the other public lands bills in the final NDAA bill as he negotiates with the Senate in conference committee.

Representative Smith and his colleagues were able to pass amendments to the NDAA that include the provisions of the Protecting America’s Wilderness Act – PAW (which contains Wild Olympics) the Colorado Outdoor Recreation and Economy Act – CORE, and the Grand Canyon Centennial Protection Act – GCCP Act, together these amendments will protect public lands and rivers in California, Washington, Colorado, and Arizona.

America’s public lands help define us as a nation. The legislative proposals in these amendments, including Wild Olympics, are supported by Native American Tribes, business owners, local elected officials, veterans, scientists, conservationists, outdoor recreationists, and other local residents who are asking Congress to preserve access to the health and spiritual benefits of natural areas and safeguard clean water sources that boost local recreation and tourism economies and attract skilled workers for local businesses.

As Chair of the House Armed Services Committee, Rep Smith’s support was pivotal in allowing these conservation measures to be added to the House version of the NDAA. Conference Committee negotiations will determine if these amendments will remain in the past-must legislation of the NDAA.