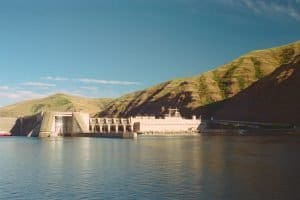 The Lower Granite Dam on the Snake River in Southeast Washington. Photo by David Dungan

In response to the comment period initiated by Governor Inslee and Senator Murray to solicit public input on a draft report regarding the lower four Snake River dams, Washington Wild coordinated a comment letter undersigned by 137 entities in support of moving forward with a final proposal that includes an actionable solution to breaching the four lower Snake River dams  to prevent salmon extinction.

The letter calls for an actionable solution that prevents salmon extinction, honors our nation’s commitments to Northwest tribes, and invests in clean energy replacement, irrigation, and transportation services for local affected communities. The letter signers range from conservation, recreation and wildlife organizations to local businesses, elected officials, and other concerned interests.

Senator Murray and Governor Inslee’s draft report — released on June 9 and spanning over 100 pages — identifies how to replace the services and benefits of the lower Snake River dams if they were to be breached. In leading this process, Governor Inslee and Senator Murray met with a wide range of stakeholders and Tribal leaders. 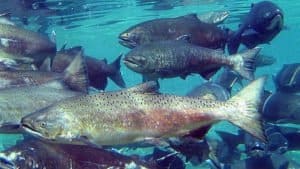 The findings in the report are clear: The lower Snake River dams have been driving salmon toward extinction for decades, killing fish on their migrations to and from the Pacific Ocean as they migrate through the Columbia and Snake rivers. The suffering salmon runs are impacting critically endangered Southern Resident orcas, who rely on chinook salmon to survive and thrive.

Salmon and Orca are both keystone species for the Pacific Northwest. Their health determines the health of our entire ecosystem. Restoring the lower Snake River offers our best and biggest opportunity for salmon — and, in turn, Orca — recovery.

The report also shows that replacing energy, irrigation, and transportation services that the dams provide is possible through bold action.

Past salmon recovery efforts have little to show. Failed plans by federal agencies, regional billpayers, and national taxpayers have spent more than $19 billion in an effort to protect endangered runs of Snake River salmon and steelhead while maintaining the dams.

As part of our responsibility to the region, Indigenous communities and their treaty rights, and future generations of Washingtonians, it’s time we move forward with a bold new plan that includes breaching the dams.

The letter closes in asking for Governor Inslee and Senator Murray to finalize and deliver their plan as soon as possible to allow time this year for Congress to pass urgently needed legislation and the appropriations to implement it.