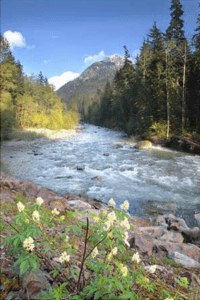 The Legacy Roads and Trails program is a national program that has benefitted visitors to national forests and improved waterways for a decade. This unique program creates jobs and has bi-partisan support.

Nationally, the program has created or maintained 330-528 jobs annually, bringing dollars and jobs into rural communities and saving taxpayers $3million per year in road maintenance.

Since the Legacy Roads and Trails program was subsumed under general road maintenance, critical restoration work has not been completed. Last year, fish passage barriers were removed in only one of Washington’s six national forests and only with timber sale revenues. Without dedicated funding and a distinct budgetary line item, the Forest Service is unable to provide matching funds to partner contributions – essentially leaving money on the table – and we are now unable to track accomplishments.

The Legacy Roads and Trails program should be reinstated in the FY 2022 Interior-Environment Appropriations Bill at $100M as a separate program within the Capital Improvement and Maintenance budget dedicated to improving water quality and fish habitat.

As we witness an increased urgency in Washington D.C. related to climate change and rebuilding America’s infrastructure, we should look to the proven track record of the Legacy Roads and Trails program. The program focuses on key areas where projects improve salmon and trout habitat, improve water quality and ensure road/trail resilience in a changing climate. It’s a clear solution to a formidable problem. But it needs funding to succeed. 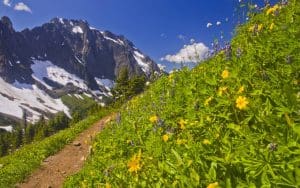 The LRT program was first conceived in Washington State, where state agencies, private forest landowners, and the USFS committed to addressing their forest road problems – as required by the Endangered Species Act (related to listed salmon runs) and the Clean Water Act.  The deadline for completion was 2015.  From 2000 to 2007, while state and private landowners made significant progress, the USFS fell far behind – mostly because the general road maintenance budget was insufficient.  Several groups worked with state agencies and former Representative Norm Dicks (WA06) to find a solution and Legacy Roads and Trails was established.  Not only have Washington’s watersheds that support clean and safe drinking water, wildlife and fish habitat, and recreation opportunities benefited, but so have lands and waters across the nation.

The Legacy Roads and Trails program aims to adapt the road system to a more manageable size over time, reducing fiscal and environmental burdens and enabling the Forest Service to ensure better and more reliable access.