Today, Washington Wild coordinated a joint comment letter signed by 30 organizations to the Southern Resident Killer Whale Recovery and Task Force. The task force was established earlier this year by Washington Governor Jay Inslee in response to the declining populations of southern resident killer whales in the Puget Sound region. The letter expressed the importance of protection of our federal public lands for the overall health and recovery of our resident Orca populations in Washington. 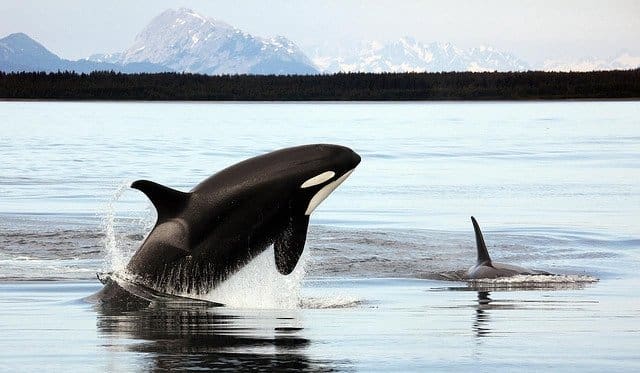 Federal lands, like our National Parks and National Forests, often include the headwaters of the Puget Sound and the Columbia Basin. The health of these federal forests and watersheds directly impacts the main food source for orcas – salmon. This iconic species is struggling to survive in the PNW and we’re at risk of losing them completely. Orcas desperately need improvements in the heath and abundance of their prey and their prey desperately need quality habitat. Neither orcas nor salmon can afford to have a deterioration of the intact and functioning watersheds that currently contribute to the existing population.

In addition to restoring salmon habitat, the letter emphasized that it is equally important to permanently protect intact functioning watersheds, headwaters and streams that are providing clean water and salmon populations. Many of these upper watersheds exist on federal lands. Federal lands are essential for the long-term health of our region. One of the best examples of how these healthy intact watersheds enhance and support our regional quality of life is the Puget Sound Basin. Cradled by iconic glacial peaks, Puget Sound is one of the largest and most ecologically diverse estuaries in the United States.

As a unique place where enclosed coastal salt waters meet and mix with cool, clean, fresh water, Puget Sound supports one of the most productive natural environments in the world. The source of this fresh water lies in the upper watersheds and low-elevation forests of the Cascade and Olympic Mountain Ranges. As these wild forests and rivers feed Puget Sound, they also support historically strong fish populations, our iconic resident orca whales, local farms and businesses, and clean and safe drinking water for millions of residents.

The letter encouraged the task force to support:

Federal legislation to designate Wilderness and Wild and Scenic Rivers provide lasting and permanent protection from new dam construction, mining, some forms of logging, and other threats to intact watersheds that can negatively impact Chinook salmon production.