In support of our friends at the Washington Climbers Coalition, Washington Wild coordinated a letter of support signed by 19 organizations as part of WCC’s grant application to the Recreation and Conservation Funding Board. 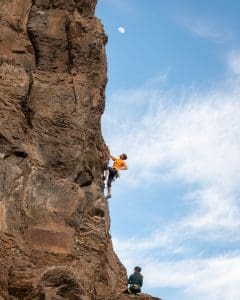 The Need for Funding

Over the past several years, rock climbing has become an increasingly popular form of outdoor recreation in Washington State. As more folks transition from climbing indoors at gyms to experiencing the joys of climbing outside, the impacts climbers have on the landscape also increase. Unaddressed or without preemptive action, these impacts can have negative effects on wildlife habitat, water quality, and tribal rights and lifeways. This grant would fund efforts to maintain and prevent erosion and other negative impacts on several popular climbing areas around the state.

Founded in 2004, the Washington Climbers Coalition (WCC) is an all-volunteer 501(c)(3) organization leading the way in mitigating climbers’ impacts on the landscape in Washington State. Their mission is to make Washington a better place to climb through advocacy, stewardship, and education. Working alongside other outdoor recreation groups, conservation organizations, public land managers, and private land owners, WCC promotes responsible climbing and improves access throughout the state. Funding this project will help WCC expand its capacity to steward the climbing access trails at four climbing areas, to the benefit of all users, the surrounding habitat, and wildlife.

WCC has identified four popular climbing sites—the Tieton River Crags, Index Lower Town Wall, the crags at Exit 38 off I-90, and Big Rocks—in need of funding. The access trails to these sites were never designed to a sustainable standard and insufficient maintenance has led to a whole host of issues, severe erosion chief among them. Focusing on these four areas will also serve a wide range of ability levels and geographic interests. 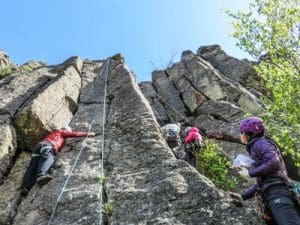 The Tieton River crags in Yakima County, managed by the WA Department of Fish & Wildlife, are spread out along a twenty-mile stretch of the Tieton River drainage on the east slope of the south Cascades. There are more than 400 routes, evenly split between trad (aka traditional climbing where climbers place their own gear) and sport (pre-established routes with bolts drilled into the wall) climbs. Generally, the crags in the lower canyon—Royal Columns, the Bend, Moon Rocks—have more crack routes while the crags higher in the drainage—the Oasis, the Cave, Rainbow Rocks, Wildcat, Lava Point, and South Fork—have more sport routes.

The area is also a popular destination for whitewater rafting, hiking, admiring the unique geology, and spotting wildlife. 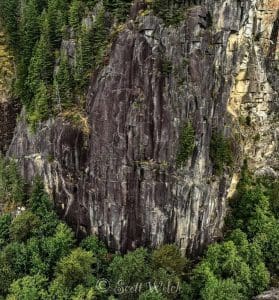 Washington’s most famous cragging destination, the Index Town Walls feature some of the best steep, clean granite cracks and face climbs in Western North America. Before it became a popular climbing destination in the 1960s, parts of the Lower Town Wall were quarried for granite. Offering a combination of easier routes on the Great Northern Slab as well as more difficult routes and aid routes on the Main Wall and The Country, there are opportunities for beginners and experts alike.

The Lower Index Town Wall is owned by Washington Climbers Coalition. Previously privately owned, it was closed to recreation by the landowner in early 2009 after quarrying companies began displaying renewed interest. Not wanting to lose such a prime climbing spot, WCC and The Access Fund quickly rallied together to purchase the land instead. After completing the acquisition in August 2010, WCC has been working to create a management plan, make trail improvements, install facilities, etc. before eventually donating the land to WA State Parks. 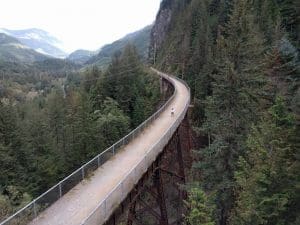 Consisting of 3 major sub-areas—Mt Washington, Deception Crags, and Far Side—the climbing here offers many small crags of metamorphic, oft-chossy rock. Part of Iron Horse State Park, this area is easily accessible from Seattle making it a very popular spot for all types of outdoor recreation in addition to rock climbing. 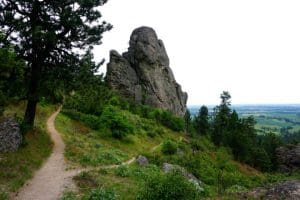 Big Rocks is the obvious outcropping at the center of the Rocks of Sharon area. The Standard Route is the classic Spokane scramble that many non-technical climbers do regularly. Many traditional crack routes are scattered all around this large outcropping and many first ascents were claimed in the 1960s. Big Rocks also boasts a few excellent sport climbs on solid stone.

Read the full letter of support.