COMPLETED ACTION: Defend Your Ability to Speak Up for Our Public Lands!

Rep. Lynne Cheney (R-WY) has introduced House Joint Resolution 44 and Senator Lisa Murkowski (R-KA) introduced House Joint Resolution 15 under the Congressional Review Act that would repeal recently completed planning regulations that increase transparency and provide more public input on resource management plans for Bureau of Land Management (BLM) lands. These regulations were the result of more than a year of public input and the resolution would repeal these regulations and prohibit the BLM or the Department of the Interior to make any changes and resubmit them in the future.

This is one of several recently finalized regulations, including increasing protections against drilling in national parks and regulating coal mining companies from dumping waste into streams, that have been targeted for repeal by the Congressional Review Act.

Washington State has more than 400,000 acres of BLM lands, almost entirely in eastern Washington, including inspiring landscapes like the Juniper Dunes Wilderness, Chopaka Mountain Wilderness Study Area and the Yakima River Canyon. Later this year a resource management plan will be released for public comment making this issue particularly important for our BLM lands.

Your voice is a valuable part of the process that determines the future of our public lands. We expect a House vote to happen THIS TUESDAY ! Ask your member of Congress and Senators to vote no on H. J. Res. 44 and H.J. Res. 15 today! 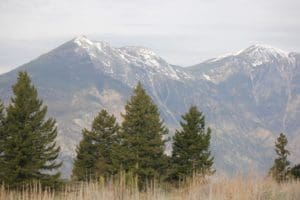 Americans are fortunate to own millions of acres of incredible public lands, many of which are overseen by the Bureau of Land Management (BLM). We all have a say in how these lands are managed through the ability to participate in a public process to develop land use plans. Last year, after more than a year of public input, the BLM established new regulations named “Planning 2.0” which provided additional opportunities for the public to provide input earlier and more often on how your lands are managed. This important step forward for the agency and important opportunity for public input are at threat from H.J. Res. 44 and H.J. Res. 15, which would revoke Planning 2.0.

Planning 2.0 makes the planning process more collaborative and transparent by strengthening opportunities for other Federal agencies, State and local governments, Tribes, and the public to be involved in the development of resource management plans (RMPs) earlier and more frequently. It would provide three additional opportunities for stakeholders to learn about and comment on at early stages in the development of land use plans.  This means that states and counties, scientists, ranchers, hunters and anglers, miners, hikers, boaters, the energy industry and all the other varied users of the public lands will know more about what a plan will cover and express their hopes and concerns.

Planning 2.0 also includes steps to ensure that important fish and wildlife habitats, such as migration corridors and intact habitats, are identified early in the planning process so these important areas can be managed and conserved as the agency makes decisions about development, recreation and other public land uses.

BLM plans that have already begun using the 2.0 rule have received positive comments about the revised process from a diversity of voices including: outfitters, horse-packers, grazing lessees, environmental organizations, wildlife groups, hunters, anglers, snowmobilers, off-highway vehicle users, and mining claimants. These stakeholders noted the benefits of working out their problems up front and having BLM listen and respond to their ideas during the pre-scoping stage.