The Spirit of Index 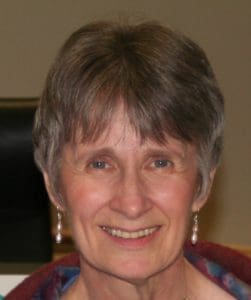 By Louise Lindgren, President of Friends of Heybrook Ridge

Those of us that call the modest but scenic town of Index home have gone through quite a bit over the past six years. Through passion, diligence and hard work, our small community of about 150 has taken Index’s future into its own hands.

A number of individuals in our community worked tirelessly with the Washington Wilderness coalition in support of the recently approved Wild Sky Wilderness, which is literally our back yard. From Bob Hubbard, who insisted at an initial public meeting that a 700-year-old grove of ancient cedars be included in the proposal to former Mayor Kem Hunter who preached the need for the wilderness area to sustain Index’s now tourism-dependent economy, locals played a key role in the Wild Sky effort. Other townspeople like Bill and Sue Cross wrote letters to the editor of local newspapers correcting myths about the proposal, and several local business owners like David Meier, Barak Gale and Steve Higgins spoke through their business endorsements.

Last year, when the only things between Wild Sky becoming a reality were procedural hurdles in Washington D.C., we received news about a proposal to clear-cut 95 acres on Heybrook Ridge which is literally the forested backdrop to the town. Building a cooperative relationship with the landowner resulted in an agreement to give the town one year to raise the $1.3 million price tag. A core of the same individuals that had fought so hard to support Wild Sky geared up again to protect an important forest area.

A new group, Friends of Heybrook Ridge, began to publicize the area’s plight through colorful brochures, selling t-shirts, offering free bumper stickers, and festive public events. Initial efforts fell well short of the goal. Then an anonymous donation of $500,000 led to regional publicity through television and newspapers. In addition, the American Society for [Book] Indexing decided to take Index under its wing due to its unusual name, yielding donations from 12 states, and even Egypt. The Friends’ total rose to over $613,000, the owners accepted a new appraisal of $1.2 million, and 44 “access” acres were added. 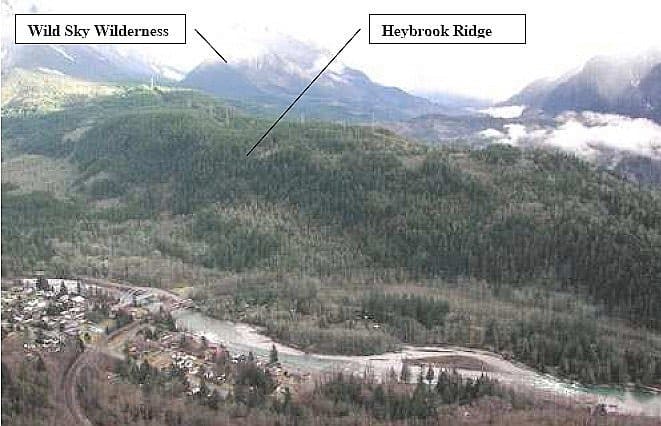 On August 4, 2008, with skillful help from the Cascade Land Conservancy, Snohomish County Parks, and Snohomish County Council Chair Dave Somers, a purchase package was accepted by the County Council adding $700,000 from the Conservation Futures Fund, a county fund dedicated to preserving valuable conservation areas. Now the Friends have $40,000 left over to begin trail development.

Louise Lindgren is President of Friends of Heybrook Ridge, the group which successfully worked to protect a forest from clear-cutting in the scenic area of Index (near Steven’s Pass).