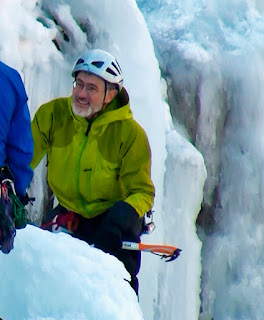 The conservation and recreation community in Washington State lost a strong leader and powerful ally when Doug Walker died on December 31 in an apparent avalanche near Granite Mountain in his beloved Cascade Mountains.

There have been many tributes to Doug in the past few days, including from the Seattle Times, Seattle Foundation, The Mountaineers, Rock and Ice Magazine, and Alpinist. All are worth reading to learn more about this wonderful conservationist, excellent climber, and generous human being.

Doug advocated for protecting wild places for the enjoyment of all, especially our youth. After retiring from a successful career in the software industry, Doug devoted much of his time, expertise and financial support toward supporting wilderness conservation and recreation. Among many other leadership roles he chaired the boards of REI and The Wilderness Society. He was President of the American Alpine Club at the time of his passing.

Doug was a good friend of Washington Wild, giving not only financial support but also advice. In 2012, at the invitation of his friend Roger Mellem, our board president, Doug gave a presentation to our board about the need to get a younger and more diverse demographic of wilderness hikers, campers and climbers if we are to secure a broad base of support for future wilderness designations. In 2013, he participated in a day-long workshop that Washington Wild organized for climbers and wilderness advocates to identify common ground around conservation and access issues. Later that year he helped anchor our first-ever match campaign. In 2014, he played an important role in helping to get 45 CEOs and business executives to sign a letter to Congress advocating for the designation of the Alpine Lakes Wilderness additions. He helped us secure new board members to strengthen and diversify our board.

Doug made an indelible impact on many in the conservation community. His passion and love for recreation and access to wild places like the North Cascades will be terribly missed, but also carried forward. We will work hard to protect the wild places that Doug loved so that current and future generations can also enjoy our life-affirming wilderness.

The Washington Wild family sends our heartfelt condolences to Doug’s wife, Maggie, and his daughter, Kina.