Washington’s wild steelhead, salmon and native trout are in trouble. Our beloved Southern Resident orcas are on the brink of extinction due to decimated Chinook salmon populations, and yet Washington State still allows motorized suction dredge mining to destroy the critical habitat our Chinook and other salmon species depend on. As the state wrestles with these challenges and spends millions on restoring our rivers and fisheries, we continue to allow this damaging practice in our waterways to go unchecked. This legislative session, we have a chance to change this.

Your legislators need to hear from you about your concerns about this form of gold mining and its impact on our water quality and fish populations. They need to enact commonsense legislation that brings Washington up the standards of our neighboring states on this issue – preventing impacts to Endangered Species Act (ESA) Critical Habitat for our native fish populations. 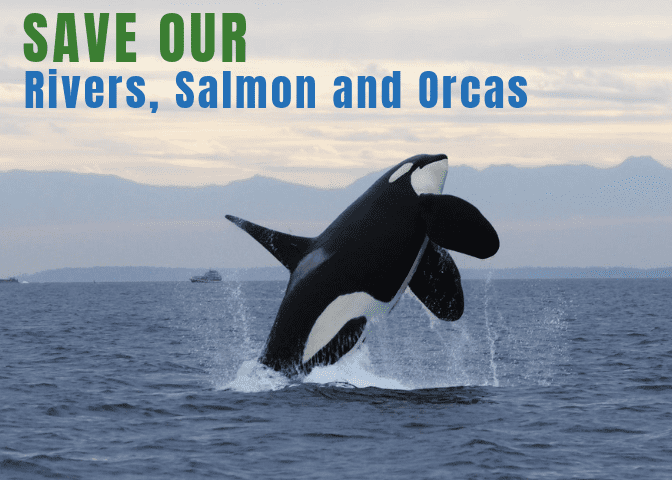 Washington’s current regulations allow suction dredge mining in virtually all waterways and Pacific coastal beaches, including those designated as Critical Habitat under the Endangered Species Act (ESA), without requiring permits or monitoring. This activity is occurring largely unchecked in Critical Habitat for Chinook salmon, the primary food source for our struggling Southern Resident Killer Whale population. This is simply unacceptable given what’s at stake.