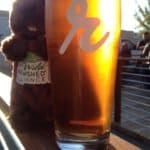 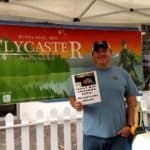 Join Washington Wild in Creating a Big Tent for Conservation this#GivingTuesday during a Brewshed® Happy Hour near you! Over the past year, Washington Wild made over 1,000 connections with local elected officials, business owners, recreation organizations and sportsmen to support the permanent protection of wild lands and waters throughout the state. Be a #WildernessAdvocate this […]

Join us at Bainbridge Brewing for some terrific Island Crafted Ales! Bainbridge Island has a great view of the Olympics and is a great location to talk about the ongoing Wild Olympics Campaign. Join us for a great night for informal discussion of more wilderness to come, the Brewshed® Connection, and of course a beer! […]

Lantern Brewshed Happy Hour: The water, the beer, and the women that enjoy it!

Lantern Brewing’s Brewshed® Happy Hour will have some special guests: Barley’s Angels and the Beer Geek Girls Seattle will both be in attendance.  And if last year is any judge it should be a great time!  Both of these groups focus on getting women together to explore beer, but don’t worry me- there’s still plenty of […]

Come drink their dreams: protected water making superior beer! Big Al Brewing in White Center has one of the best patios in Seattle, so come out and join us for a beer. There will be drawings for schwag and, as always, $1 per pint will be donated to Washington Wild.

Join Washington Wild’s Brewshed® Alliance in celebrating the connection between protected water and better downstream beer with one of our first partners, NW Peaks Brewery! This event will be held at The Bergschrund and we are so excited to have our first happy hour in their great new space. NW Peaks Brewery is named after our […]

Join us for our first Redmond Brewshed® Happy Hour of 2015 at Black Raven Brewery! We will have a raffle, event updates, and of course $1 per pint sold will be donated to Washington Wild. So come out and join us in raising your glass to protected water making superior beer!