Senator Maria Cantwell (D-WA) has introduced legislation that would codify administrative protections for about nearly 60 million acres of ancient forests, salmon spawning streams and sources for safe and clean drinking water on national forest lands protected by the 2001 National Forest Roadless Area Conservation Rule (Roadless Rule). The Roadless Area Conservation Act of 2019 comes after legislative attempts to weaken the Roadless Rule failed in Congress earlier this year and in response to a pending request to weaken the Rule through a new rulemaking process.

Here in Washington State we have about 2 million acres of roadless areas. They are a critical part of the quality of life we have come to expect. Roadless forests provide much of our clean and safe drinking water, protection for fish and wildlife, and amazing back country recreation experiences.

A storm is gathering around our national forest roadless areas with protections being threatened both locally and nationally. Senator Cantwell, as she has done many times before, is stepping up to ensure that our roadless forests will remain protected for future generations. 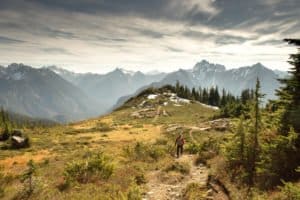