Today, Senator Cantwell hosted a rally in Green Lake Park to garner support for the Land and Water Conservation Fund (LWCF) which is set to expire on September 30 of this year if Congress does not reauthorize it. Tom Uniack, Washington Wild’s Executive Director, was asked to speak about the importance of LWCF and the myriad of benefits it provides to our local communities and across the nation. The whole WA Wild staff attended in support of LWCF and Senator Cantwell’s effort to save this important conservation tool. 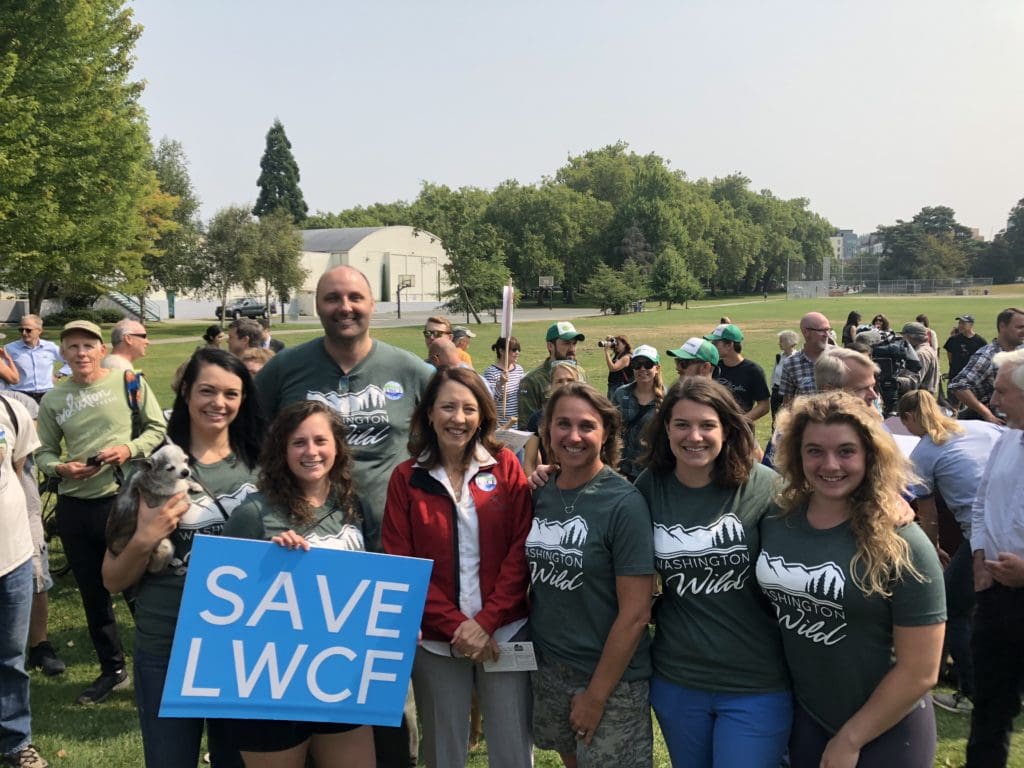 The Land and Water Conservation Fund supports our treasured public lands that protect ancient forests, salmon spawning streams, sources for safe and clean drinking water and amazing recreation opportunities. More than 50 years ago, Congress made a commitment to the American public that a small portion of revenues from offshore drilling in the Outer Continental Shelf (OCS) would go to natural resource conservation and outdoor recreation programs, as an offset for the depletion of the offshore oil and gas resources that belong to us all.

LWCF has invested $637 million in protecting the places that matter most to Washingtonians, like Mount Rainier and Olympic National Park, the Pacific Crest Trail and the Columbia Gorge, local parks, working forests and wildlife refuges throughout the state. Now, it’s very existence is at threat if Congress does not reauthorize its funding by September 30th!

LWCF is our country’s most important conservation program, supporting local economies, providing infrastructure for public health, tourism and recreation, and increasing access to the outdoors in all states and territories. It is paid for with non-taxpayer dollars and is overwhelmingly popular and has maintained broad bipartisan support due to its more than half-century history of successful, locally-driven conservation.