COMPLETED ACTION: Stand up for our Roadless Areas! 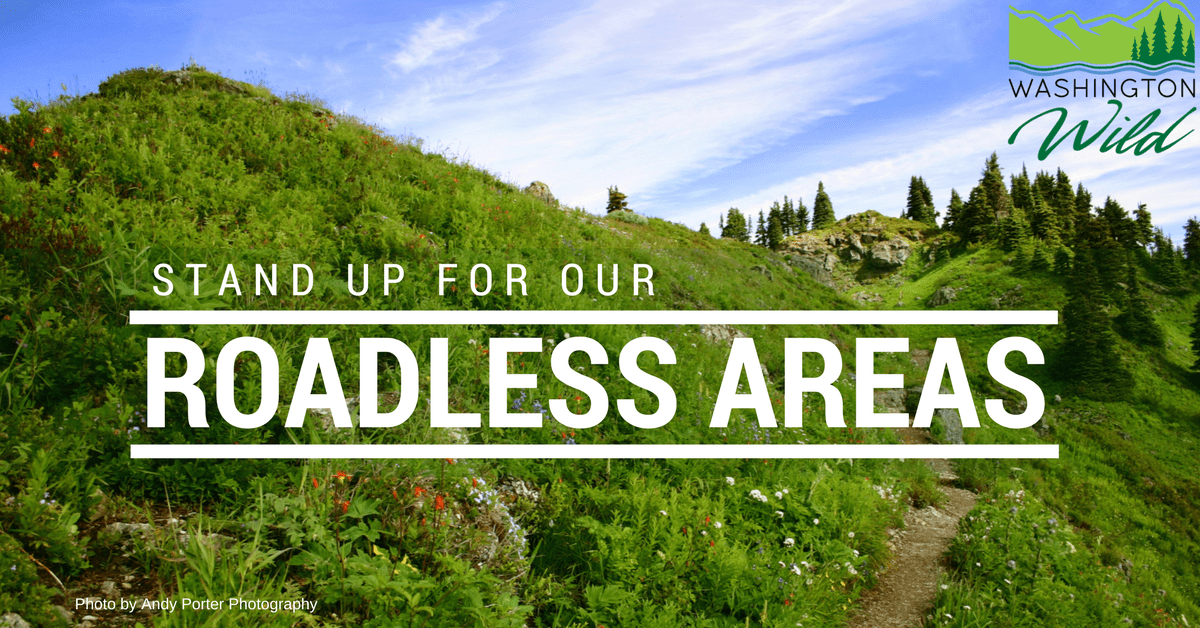 The current Congress and administration has already taken the firsts steps to dismantle this key rule. Senator Murkowski (R-AK) has recently introduced a measure that would eliminate protections for roadless areas in Alaska. Furthermore the state of Alaska has asked the Department of Agriculture for an exemption to the Roadless Rule. We are concerned that a next step will be a nationwide repeal of roadless protections as was attempted a decade ago. Here in Washington State, over the last year, the Mt. Baker-Snoqualmie National Forest has already greenlighted or proposed two projects that allow new road building in Inventoried Roadless Areas, the Olivine Mine and Excelsior Mine Expansions.

Between 1999 and 2001, the National Forest Roadless Area Conservation Rule (Roadless Rule) was established as part of one of the largest rulemakings in the history of the federal government. In 2001 Washington Wild led statewide efforts to establish the National Forest Roadless Area Conservation Rule. Nearly 350 conservation and recreation groups, elected officials, local businesses and faith leaders formally supported the nearly two million acres of roadless forests in Washington State. The Forest Service held more than 600 public meetings nationwide, including 28 throughout Washington State. More than 1.6 million Americans submitted comments, including more than 80,000 comments from Washington State citizens during the draft rule comment period. More than 95% of comments submitted were in support of protecting roadless areas.

Here in Washington State we have nearly 2 million acres of Roadless Areas. They are a critical part of the quality of life we have come to expect. Roadless forests provide much of our clean and safe drinking water, protect fish and wildlife, and provide amazing recreation experiences. Washington’s wild forests are also a significant resource to our local economy. They inspire homegrown companies like REI, Eddie Bauer and the many other local businesses that provide recreation gear. Active outdoor recreation supports more than 200,000 jobs in Washington and contributes more than $26 billion dollars to our state’s economy.

Write you Elected Officials Today and ask them to protect our Roadless Areas!