Washington Wild is exploring a long-term Puget Sound Headwaters Initiative focused on protecting upper watersheds and ultimately, the ailing Puget Sound. Our incredible ancient forests, wildlands and free flowing rivers located on public lands in the North Cascades are critical this effort. Whether it’s for fishing, hiking, hunting, camping, kayaking or horseback riding, these treasures draw tens of thousands of residents and visitors each year, contributing to local economies. Our public lands are sources of clean, cold water that provide benefits for residents, farms, businesses, recovering salmon — and Puget Sound.  Protect our public lands in the North Cascades so that they may enjoyed by future generations to come.

Get to know the North Cascades by exploring the wild, using the recreation map linked below! 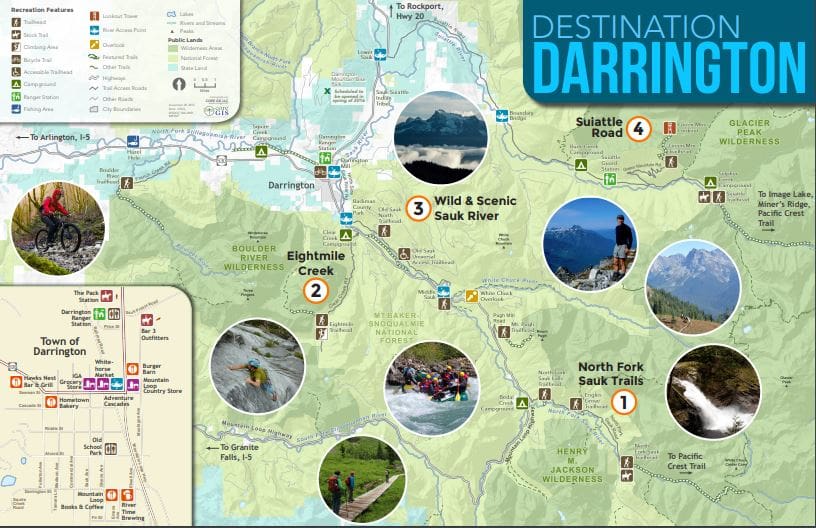 The wild forests and rivers of the North Cascades represent the source of Puget Sound. These rivers provide most of the freshwater input into the Puget Sound estuaries, which serve as critical habitat for a wide range of species, especially all five species of Western Pacific salmon. The low-elevation forest and riparian areas also provide the high-quality habitat needed for a range of species to survive, recover, and combat changing climates- species including: cougar, lynx, black-tailed deer, elk, eagles, river otter black bears, and endangered grizzly bears, only 20 of which currently exist in the North Cascades. In addition, these ecosystems hold a high cultural value to over 10 local tribes.

The low-elevation watersheds contained on the west slope of the North Cascades provide drinking water to over 900,000 people in Snohomish and Whatcom Counties. Whatcom County has some of Washington’s most valuable agricultural lands and brings in over $260 million of revenue a year. These watersheds support Whatcom County’s berry industry, which supplies over 75% of the raspberries and nearly 17 million pounds of blueberries each year in the US. The loss of these watersheds would be a significant economic burden on Washington’s economy.

By permanently protecting these areas, we can ensure the preservation of fish and wildlife species, tribal culture and economy, and the availability of wild places for millions of residents who use these lands for year round recreation and clean water. These efforts could benefit nearly one million residents in King, Snohomish, Skagit, and Whatcom Counties with world-class recreation, ecotourism opportunities, clean drinking water, and sustainable fishing and farming business.

On August 14, Washington Wild in coordination with North Cascade Conservation Council, submitted a letter with 31 undersigned conservation, recreation and wildlife organizations to strongly urge the Department of Natural […]

The Wilderness Society, Washington Wild, American Whitewater, and American Rivers provided comments on a scoping notice for the North Fork Nooksack Vegetation Management Project.  The project is located on the […]

Today, Washington Wild coordinated a joint comment letter signed by 25 conservation and recreation groups on a letter to the Forest Service in support of their proposed alternative for the […]