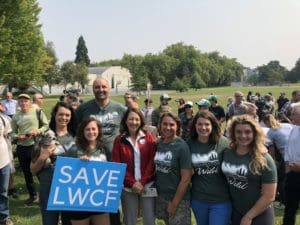 The Land and Water Conservation Fund (LWCF) is our country’s most important conservation program, supporting local economies, providing infrastructure for public health, tourism and recreation, and increasing access to the outdoors in all states and territories. It is paid for with non-taxpayer dollars and is overwhelmingly popular and has maintained broad bipartisan support due to its more than half-century history of successful, locally-driven conservation.

LWCF has invested $637 million in protecting the places that matter most to Washingtonians, like Mount Rainier and Olympic National Park, the Pacific Crest Trail and the Columbia Gorge, local parks, working forests and wildlife refuges throughout the state.

In addition, the package also includes other important pieces of public lands legislation relevant to Washington State including: