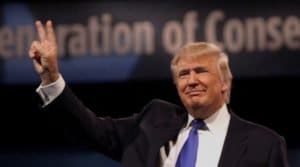 Today, the White House has released its proposed budget for Fiscal Year 2019. This document outlines the Administration’s fiscal priorities and signals what lies ahead on the President’s political agenda. Unsurprisingly, this year’s budget proposal adds to his record of attacking or defunding many of the programs that are key to protecting our environment and public lands.

The Environmental Protection Agency(EPA), responsible for maintaining clean air and drinking water, will see deep cuts and be slashed by over a third (34%), reducing the total funding for the EPA to $5.65 billion (Compare this to the funding for the new border wall which hits $18 billion over the next two years). This would be the lowest funding provided to the EPA since the agency was created in the mid 1970’s. It also would cut the agency’s Office of Science and Technology nearly in half, to $489 million from its current $762 million.

The administration has said that the EPA will focus more heavily on core programs and eliminate “lower priority programs”.  This includes the elimination of practically all climate change-related programs, reduction in environmental monitoring and education programs, steep cuts to the grants the EPA provides to states to help implement environmental regulations like the Clean Air Act and the Clean Water Act, and cuts the funds used by the EPA to clean toxic Superfund sites by 30 percent, to “encourage private investment in cleanup activities.” The budget request also calls for the elimination of climate change and marine pollution programs, which the administration calls “lower priority.” Here in Washington State, the hard-fought funding for Puget Sound recovery would be eliminated.

The Department of Interior, charged with protecting managing our national parks, national forests and national wildlife refuges , would see around a 15% cut. The budget would slash 92 percent of the Land and Water Conservation Fund, which supports land acquisition and restoration efforts using federal revenue from oil and gas drilling off the Outer Continental Shelf.

The Department of Agriculture which manages our national forests would also receive significant cuts of $5.8 billion, or nearly 25%. This would include reducing funding for conservation programs by $136 million. The budget includes two proposals that would entirely wipe out the Conservation Stewardship Program (CSP). CSP is the one of nation’s largest conservation program, and helps farmers and ranchers implement whole-farm conservation plans to address priority resource concerns including soil health, water quality, and wildlife habitat.

It is obvious that the 2019 proposed budget is just another attack against a healthy environment and our public lands, while boosting oil and gas, mining and timber companies. These drastic cuts would have serious implications for climate change, recreation economies, clean air and drinking water, and the health of the American people.