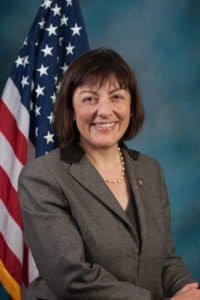 October 2014 One way to measure the strength of a generation is what they leave behind for the generations that follow. Thanks to the Wilderness Act of 1964, Washington State has shaped a powerful legacy by protecting and preserving some of our most beautiful remaining pristine forests, snow-capped peaks, and free-flowing wild rivers.

The Wilderness Act of 1964 created the National Wilderness Preservation System and the structure that allows us to designate “wilderness areas.” It has allowed us to invest in our nation’s future by preserving our most spectacular and iconic landscapes. Washington State has taken advantage of this opportunity in designating 31 individual wilderness areas, totaling more than 4.4 million acres. Our state ranks fifth in the U.S. in designated wilderness acreage. What’s more, proposals that are currently being considered in Congress include an additional 150,000 acres of proposed wilderness areas. If designated, Washington will vault past Arizona and Idaho to rank third, behind only California and Alaska.

Like any lasting legacy, the National Wilderness Preservation System has evolved to meet the country’s needs over the last century. Thankfully, the Wilderness Act was written to accommodate these shifts in demand. While the law’s main focus is preserving our most pristine public lands and wild places through real and lasting protections, it has evolved to also meet the growing demand for recreational opportunities, clean water, and preserving wildlife habitat – all of which are economic engines in the Pacific Northwest.

From hiking, fishing, and hunting to camping, climbing, and winter sports, the market for outdoor recreation has continued to grow and accounts for more than six million jobs nationwide. The businesses and jobs created from outdoor recreation include outdoor touring companies and guides to the retail clerks at a local fishing and tackle store. This industry, created in large part because of protected wilderness, has proven to be an economic opportunity for our state. According to a 2012 report by the Outdoor Industry Foundation, the Washington state’s outdoor recreation industry employs nearly 227,000 people and generates $22.5 billion in consumer spending every year. The Wilderness Act’s role in preserving our most pristine wild lands has helped us leave a legacy for future generations we can all be proud of, while also strengthening our local economy in a sustainable way.

In our increasingly busy and connected lives, the open spaces and public lands protected by the Wilderness Act help connect us to our vanishing frontier, and they provide a balance to the congestion and crowds of our everyday routines. The old-growth forests, alpine lakes, and wild rivers are fundamental reasons so many of us have elected to live, work, and play here in the Evergreen State.

Unfortunately, less and less of our young people are getting outdoors. The statistics are alarming: in a typical week, only 6 percent of children ages 9-13 play outside on their own and children 8-18 spend an overwhelming 53 hours per week using entertainment media. The result is reduced mobility and exercise, a dramatic rise in obesity rates, vitamin D deficiency, and other health issues. We need to address this issue as a community as we continue our conservation efforts under the Wilderness Act. We in the Northwest know how important the outdoors are to our quality of life, and improving our children’s access to them goes a long way in encouraging active, healthy lifestyles.

Recently, Washington Wild and a coalition of local conservation and recreation organizations have renewed efforts to designate the next generation of wilderness and rivers. Although more than 90 percent of the designated national forest wilderness areas in Washington State are limited to scenic mountain tops and icy snow pack, more recent efforts like the Wild Sky Wilderness (designated in 2008) focus on protecting underrepresented forests and watersheds below 3,000 feet. These low elevation lands protect old-growth and mature forests, salmon spawning streams and other critical wildlife habitats, and family accessible recreational opportunities throughout the spring, summer and fall.

I have worked with Congressman Dave Reichert and Senator Patty Murray to sponsor bipartisan legislation that protects some of these low elevation forests and watersheds in my district. The Alpine Lakes Wilderness Additions and Pratt and Middle Fork Snoqualmie River Act would add 22,000 acres of low elevation old-growth and mature forests to the popular Alpine Lakes Wilderness and protect nearly forty miles of new wild and scenic rivers. I’ve also introduced legislation to designate over 14 miles of Illabot Creek, located in the Glacier Peak Wilderness (designated in 1964 and expanded in 1984), as part of our wild and scenic rivers system.

Our collaboration maintains a long tradition of bipartisan work supporting responsible stewardship of Washington’s public lands. It follows the trail set by Senators Scoop Jackson and Warren Magnuson and continued by Senators Dan Evans and Slade Gorton, and it’s an honor to join in this spirit of cooperation today.

These proposals are carefully crafted to preserve our wilderness while keeping it accessible for people to enjoy today and long into the future. Trailheads and access roads are carefully distinguished and separated from proposed wilderness to ensure that residents and visitors alike can enjoy these incredible areas. In an example of how Congress can come together to get something done, legislation that I introduced to preserve the historic Green Mountain Lookout near Darrington as a part of the Glacier Peak Wilderness was passed and signed into law this year. That legislation ensures that the Lookout will continue to be a destination for those who have a passion for both nature and history.

With 2014 marking the 50th anniversary of the Wilderness Act, let’s take the time to celebrate all that’s been achieved in conservation over the years, and let’s commit ourselves to continuing that legacy in the next 50 and beyond.