A Pedal-Driven Quest for Finding Common Ground on Wilderness 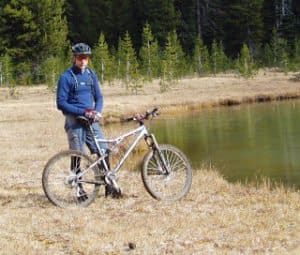 On a snowy February in 2011, I walked into a rustic log cabin at the Murie Center outside of Jackson Hole, WY, and into a room of Wilderness advocates and mountain bike leaders from around the country. The meeting was engineered in an attempt to find some common ground between the two camps around Wilderness designations in the very place where preliminary discussions leading up to the 1964 Wilderness Act had taken place.

There was an air of discomfort in the room, due to the strained relationship between these two communities over Wilderness designations in the past. Ironically, despite being part of the Wilderness caucus, the one face that I drew the most comfort from in the room was that of Glenn Glover, Executive Director for Evergreen Mountain Bike Alliance (Evergreen).

So why the tension between mountain bikers and Wilderness advocates? The 1964 Wilderness Act prohibits “mechanized” use in designated Wilderness, and this includes mountain bikes, although it is doubtful that the authors of the Act were thinking about its application to mountain bikes now, nearly 50 years later. Regardless of the specific intent with respect to bikes, reopening or changing the Wilderness Act is not an option for anyone who values the lasting and durable protections it provides. Such an attempt would result in a political assault on the core protections and integrity of the 50-year old law.

The challenge is to craft a Wilderness proposal that permanently protects key wild lands and can be supported by mountain bikers. With a shared conservation ethic of most mountain bikers, the process of building that support starts with respect for the access concerns of the cycling community.

I have worked with Glenn and Evergreen over the last six years on several conservation issues, including two Wilderness campaigns here in Washington State. Evergreen is Washington State’s largest mountain bike advocacy and trail building group. Created in 1989 as a grassroots solution to local trail networks closing to riders, Evergreen generates more than 7,000 volunteer hours for trail maintenance and other activities each year. 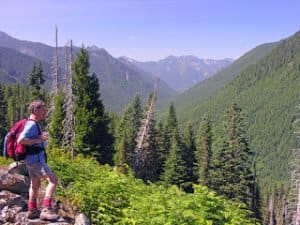 The first opportunity to work together emerged as part of a proposal to add 22,000 acres to the Alpine Lakes Wilderness and Wild and Scenic River designations for the Middle Fork Snoqualmie and Pratt Rivers. As part of an agreement with Backcountry Bicycle Trails Club (which later changed its name to Evergreen Mountain Bike Alliance), the legislation introduced by Congressman Dave Reichert (R-WA08) excluded the 13-mile Middle Fork Trail from proposed Wilderness in exchange for mountain bike support for the remaining proposed Wilderness, mostly in the Pratt River Valley. Glenn was serving on the BBTC board at that time, and has continued to support the legislation as Evergreen’s Executive Director, while Senator Murray (D-WA) amended the legislation by adding Wild and Scenic River protection for the trail. Without Glenn’s help, this unlikely alliance between Wilderness advocates and mountain bikers might never have succeeded. 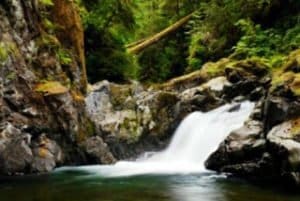 For the Wild Olympics Campaign, Glenn and I worked closely together on a multi-year negotiation regarding the disposition of 110 miles of mountain bike trails on Olympic National Forest that could be impacted by proposed Wilderness boundaries. Evergreen had several meetings with local mountain bike advocates about key rides and access issues, including road-to-trail conversions that we otherwise would not have known about. Three years later, in 2012, Senator Murray and Congressman Dicks introduced the Wild Olympics Wilderness and Wild and Scenic Rivers Act into Congress that excluded key mountain bike rides on the forest. As a result of our years of collaboration, Evergreen Mountain Bike Alliance and the International Mountain Bicycle Alliance, along with a dozen local bike stores on and around the Olympic Peninsula, endorsed the Wild Olympics bill. 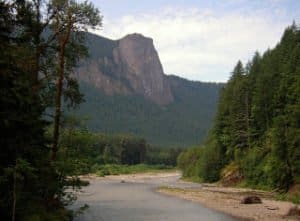 The relationship between Washington Wild and Evergreen has extended beyond Wilderness proposals to supporting Wild and Scenic River designations, which have no restrictions on mountain bike or mechanized use. Evergreen endorsed the Volcano Country Wild Rivers Campaign, which would protect 200 miles of free flowing rivers as Wild and Scenic on the Gifford Pinchot National Forest in southwest Washington.

Evergreen joined Washington Wild and other conservation and recreation groups in raising concerns about a proposal to pursue exploratory drilling and a potential for an open pit copper mine in the Shadow of Mt St. Helens. The area in question, including the Green River Valley, is a popular destination for mountain biking. Each year, Evergreen partners with Northwest Trails Alliance and others to sponsor Helens Fest, two days of mountain biking and one day of trail maintenance in and around the Mt. St. Helens National Volcanic Monument. Drilling or the development of a Mt. St. Helens mine would impact the appeal of the Goat Mountain and Green River Trails for mountain bikers including the sweeping scenic vistas and the backcountry experience the area provides.

Another area where we have been able to work constructively with the mountain bike community is identifying and advocating for repairs to roads that have been washed out or damaged during storms. Washington Wild joined nine other conservation and recreation organizations, including Evergreen Mountain Bike Alliance, on a letter advocating for the repair of the Suiattle River Road which provided access to the Glacier Peak Wilderness Area and several trails before being washed out in 2006.

Earlier this year, Washington Wild gathered a group of our volunteers to participate in an Evergreen work party to help build a new mountain bike trail at Tiger Mountain in eastern King County. We look forward to continuing to work with Glenn and Evergreen throughout Washington State wherever and whenever we can.

While the national backdrop of mountain bike and Wilderness advocate relations in many ways is still dim in many places, Washington serves as an example of how a willingness to find common ground, a lot of work and trust can provide a better future for our wild lands and waters. 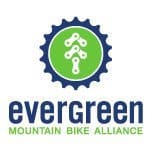 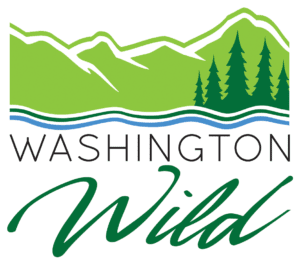