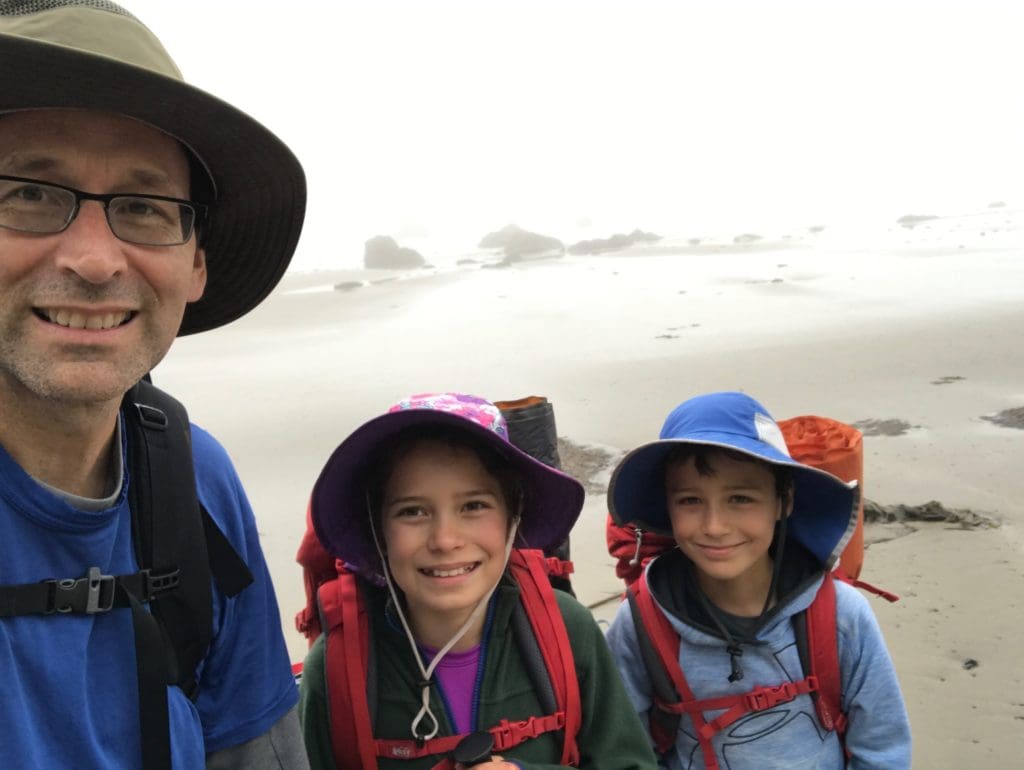 I was a little nervous about taking my 10-year-old twins on the “Save Our Coast” hike this summer. Jack and Katie are experienced hikers for their young age, but a 20-plus mile, three-day hike along Washington’s rugged, untamed coastline is a challenge for even experienced backpackers.

The “Save Our Coast” hike was a response to the Trump Administration’s proposal to open up our coastline to offshore drilling.

I sent a letter to Interior Secretary Ryan Zinke warning that if such a proposal moved forward I would file a lawsuit against the federal government to protect the longest stretch of undeveloped coastline in the lower 48 states.

But my idea for a protest hike was inspired by our state’s rich tradition of conservation and advocacy for our natural spaces.

Six decades ago, Supreme Court Justice William O. Douglas led a hike along the Washington coast to protest a different threat — the proposal to move U.S. Highway 101 to the coast, through the untamed landscape. His effort was successful.

Inspired by Justice Douglas, I led a journey along exactly the same route between Rialto Beach and Lake Ozette 60 years to the day after his hike.

Passion for the outdoors is a tradition in Washington. We have a responsibility not only to honor that heritage, but to continue working to protect our wild places for future generations. That’s a conviction I share with organizations like Washington Wild. Their extensive work to protect public lands aligns with my own convictions.

As Attorney General, I established the Environmental Crimes Unit and Counsel for Environmental Protection. My team has won more than a dozen convictions for crimes against the environment. We are leading major lawsuits against Monsanto and other powerful interests that have polluted our waterways.

Bringing our kids along on the hike was important to me and my wife Colleen. But, were the twins up for the challenge?  They were, and Jack and Katie still talk about their experiences with excitement.

They saw sea lions, otters, eagles and whales. My kids listened attentively to acclaimed Olympic Coast author and environmental activist Tim McNulty as he talked about his work to preserve our wild spaces. My daughter, who made “Save Our Coast” buttons for the hikers and volunteers, made a trade with poet Derek Sheffield — extra buttons for an original poem.

Katie recently received that poem in the mail and we often read Derek’s poem together at night when I tuck her in. Some of our favorite lines:

Katie drew for our buttons, we go on, stepping over

My family and I were proud to make the journey with a group that included authors, poets, leaders of environmental organizations, and avid backpackers from my office.

At the hike’s conclusion, I joined Jack, Katie and fellow hikers in a celebratory, albeit chilly, jump into the Pacific. As we took pictures standing in the surf, I thought, in a few decades, maybe Jack and Katie — and their children — will lead their own hike along the northern Pacific coast of Washington.

My hope is that they repeat our journey not because they need to protest some new threat, but simply in celebration of what they, and you, helped save.

Bob Ferguson is Washington State’s 18th Attorney General. He is a fourth-generation Washingtonian, a graduate of the University of Washington and New York University law school.  Bob and his wife, Colleen, are the proud parents of 11-year-old twins, Jack and Katie.