At issue is that Washington’s current regulations allow suction dredge mining in virtually all waterways and Pacific coastal beaches, including those designated as Critical Habitat under the Endangered Species Act (ESA), without requiring permits or monitoring. This activity is occurring largely unchecked in Critical Habitat for Chinook salmon, the primary food source for our struggling Southern Resident Killer Whale population.

Suction dredge mining is unraveling our investment in Washington’s water quality and fish habitat restoration. Washington’s water quality and fisheries resources are critical to our state’s economy, community well-being, way of life, and identity. Many of our most important fish populations – including Chinook salmon, the primary food source for our endangered Southern Resident Killer Whales – are struggling, with some on the brink of extinction, and we are spending hundreds of millions of taxpayer dollars on recovery efforts to try to save them.

The result was disappointing but there is strong optimism for a legislative victory for this common-sense legislation in next year’s legislative session. The Washington Department of Fish and Wildlife is currently engaged in an administrative rulemaking process that will likely result in the requirement that miners apply for individual permits, but this does not address impacts to ESA Critical Habitat and other concerns. The letter sent today is intended to push the Commissioners to strengthen those regulations to be in line with the legislation. 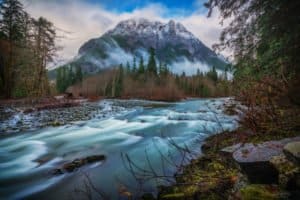