Today, Washington Wild coordinated a letter signed by 15 conservation, recreation and wildlife organizations to Seattle Mayor Jennie Durkan and British Columbia Premier John Horgan regarding proposed logging activities in the Canadian portion of the Upper Skagit Watershed. The organizations expressed their concern about the extensive logging in the Silverdaisy area at the headwaters of the Skagit River.

Both the Skagit Environmental Endowment Commission (SEEC) and Seattle City Light report that extensive logging and road building have been authorized by the British Columbia Timber Sales in the Upper Skagit Watershed. Logging roads for this sale have been cut through Manning Provincial Park and after a brief pause, logging has resumed, and more sales are planned. This was done without any notice to SEEC and other important stakeholders including organizations that have a direct interest in the fish, wildlife, and recreational resources of the Skagit River. 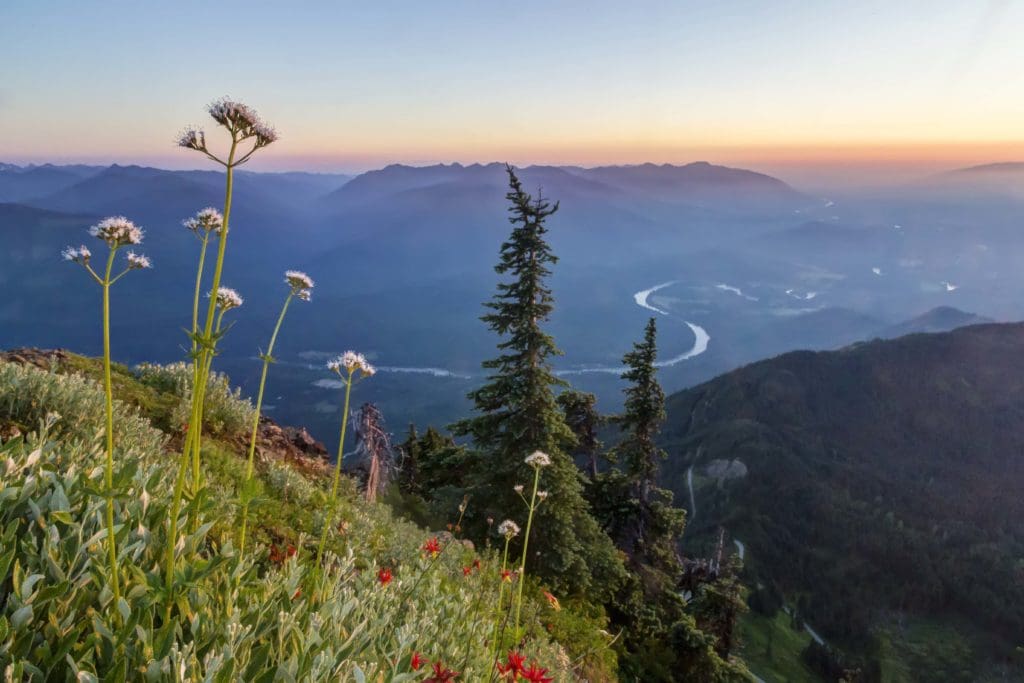 The logging in the Silverdaisy area is inconsistent with the spirit and intent of the 1984 treaty. It will have significant impact on the wilderness, wildlife habitat, and fishery resources of the Upper Skagit River. The Skagit Watershed supports large, diverse fish and wildlife populations and provides over 30 percent of the freshwater flowing into Puget Sound. The watershed also provides critical grizzly bear and spotted owl habitat. Ross Lake supports one of the largest and most diverse populations of bull trout in Western Washington and lower British Columbia. This species is listed as threatened under the Endangered Species Act. Ninety percent of the bull trout in Ross spawn in the Upper Skagit and the logging in this area will increase sediment potentially decimating this population. Sediment smothers eggs, kills the invertebrates that the juveniles need for food, and makes it harder to find what food there is.

In addition to the direct impacts of logging, we are concerned that road development and land clearing will make it harder to prevent the proposed copper mine and incorporate the donut hole land into Manning Park. A copper mine in the upper Skagit would be devastating. Copper is toxic to salmon and even small amounts can be detrimental. The Skagit River supports the largest populations of threatened steelhead and Chinook salmon in the Puget Sound, and the largest run of chum salmon in the conterminous US. These fish are a critical food resource for the imperiled Southern Resident Killer Whales. The State of Washington has invested approximately $90 million dollars in salmon recovery funds into the Skagit River while the City of Seattle has invested an additional $77 million dollars in habitat and flow protection. Mining in the headwaters threatens our investments in salmon recovery and our collective goals to restore salmon populations that are critical for orca survival; tribal, sport, and commercial fisheries; and the overall health of the Salish Sea.

In the letter, The 14 organizations applauded Mayor Durkan’s leadership on this issue and have requested that Premier Horgan advise British Columbia Timber Sales that its logging plans are inconsistent with the 1984 Treaty and to immediately stop logging activities and direct British Columbia Timber Sales to halt any further planning and on-the-ground activities in the Silverdaisy area. The Skagit River is an important resource for the people of the U.S. and Canada. We urge a renewed international partnership and commitment to the stewardship of the Skagit River that includes conservation of the headwaters and recognition of the principles embodied in the 1984 Treaty.