COMPLETED ACTION: Save the Environmental Protection Agency! NO to H.R. 861!

On February 2nd Representative Matt Gaetz (R-FL-1) introduced H.R. 861, a bill that would abolish the Environmental Protection Agency. This agency, responsible for clean air and water, is increasingly important as the pace of climate change quickens and legislative attacks on environmental regulations abound.

In an interview Gaetz has said the regulations and rules set forth by the EPA designed protect the environment actually cause more harm than good and that the agency has “violated the sovereignty of the states.” In addition to being targeted by Congress, the EPA has also been targeted by the Trump Administration Trump has also promised to cut $54 billion from the non-defense discretionary budget, including agencies like the EPA. 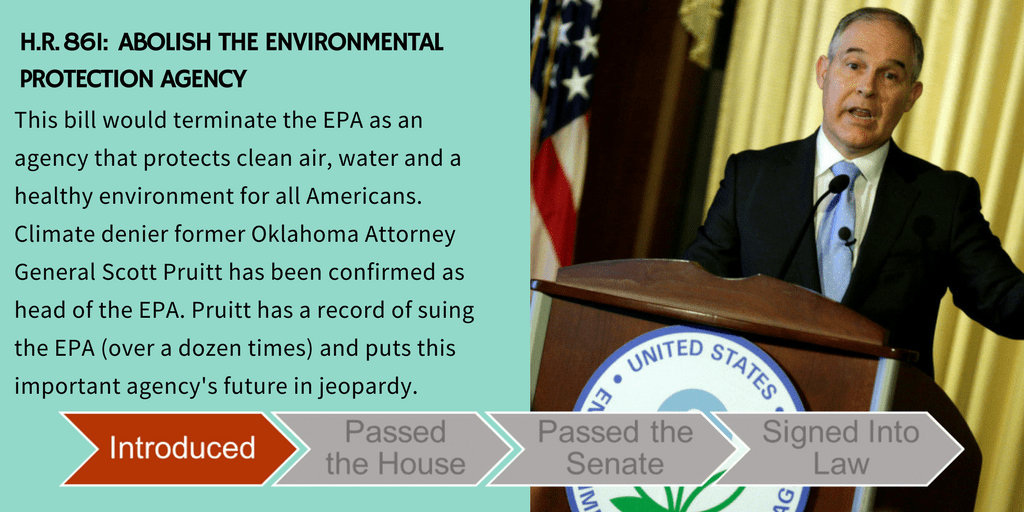 Write your Members of Congress and ask them to protect the EPA!