Washington Wild joined 30 other groups on a joint comment letter to the Chelan County Natural Resources Department expressing their deep concern for the egregious projects that are illegal and a clear violation of the Wilderness Act. In June, Chelan County put forward a draft programmatic environmental impact statement (DPEIS) on a number of projects in the Alpine Lakes Wilderness, including expanding dams and new tunnel development inside the wilderness area. The letter called for the Icicle DPEIS to be withdrawn, revised, and re-released as a Revised Draft PEIS for public comment once the deficiencies in the proposal are addressed. 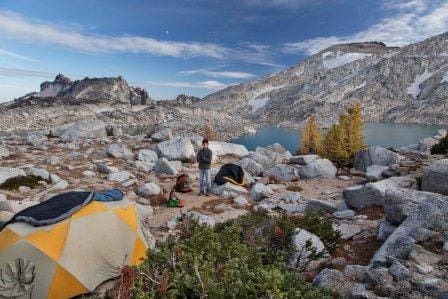 Not only do hundreds of residents in the Upper Wenatchee Valley hike and climb in the Enchantments, but thousands of people travel from around the state, country and world to experience the high-quality hiking, climbing, and mountaineering opportunities The Alpine Lakes Wilderness is one of the most popular National Forest wilderness areas in the country. Furthermore, the Enchantment Lakes Basin and surrounding area is one of the most treasured areas in the Alpine Lakes, renowned for its rugged beauty, enchanting lakes, and breadth of recreational opportunities. This is an area where management decisions require the utmost scrutiny and adherence to sustaining wilderness values. Washington Wild mobilized its members who sent in more than 250 comments to the Chelan County Natural Resources Department in opposition to the proposed projects.