Senator Maria Cantwell (D-WA) has introduced legislation that would codify administrative protections for about nearly 60 million acres of ancient forests, salmon spawning streams and sources for safe and clean drinking water on national forest lands protected by the 2001 National Forest Roadless Area Conservation Rule (Roadless Rule). The action comes after legislative attempts to weaken the Roadless Rule failed in Congress earlier this year and in response to a pending request to weaken the Rule through a new rulemaking process.

Here in Washington State we have about 2 million acres of roadless areas. They are a critical part of the quality of life we have come to expect. Roadless forests provide much of our clean and safe drinking water, protection for fish and wildlife, and amazing back country recreation experiences.

A storm is gathering around our national forest roadless areas with protections being threatened both locally and nationally. Senator Cantwell, as she has done many times before, is stepping up to ensure that our roadless forests will remain protected for future generations.

Between 1999 and 2001 the Roadless Rule was established as part of one of the largest rulemakings in the history of the federal government. The Rule prohibited new road construction in the nearly 60 million acres of remaining intact forests and watersheds within the National Forest System. 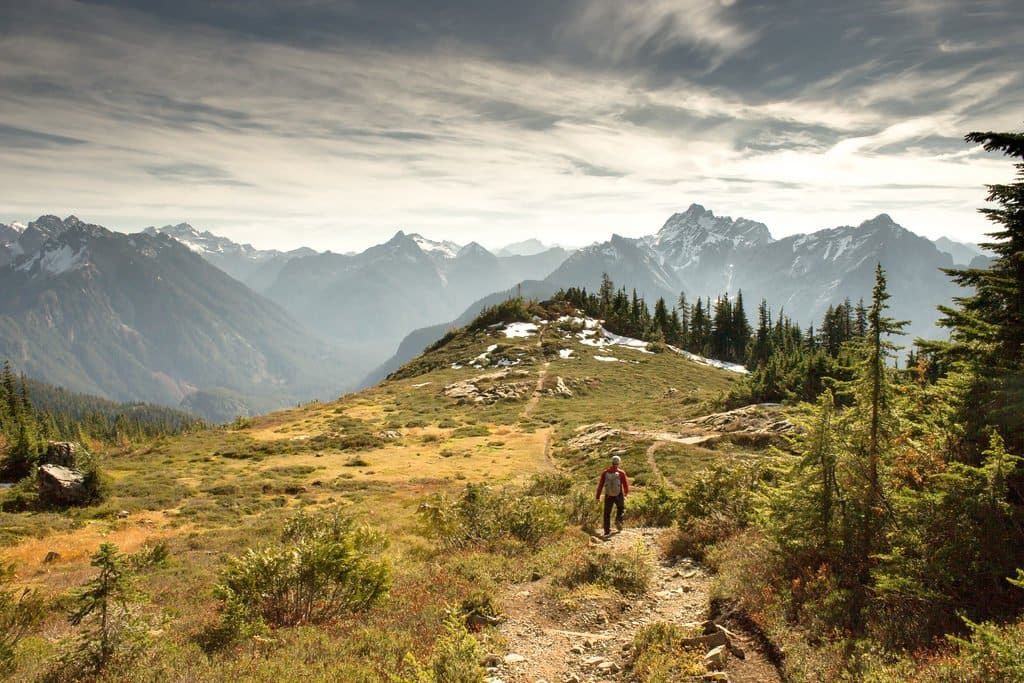 After Congress removed legislative riders to an appropriation bill in March of this year that would have repealed protections for roadless forests in the State of Alaska, members of the Alaska delegation have formally petitioned the Trump Administration to administratively exempt national forest roadless areas in Alaska’s Tongass and Chugach National Forests. There is great concern that a nationwide repeal by the current Administration on roadless areas is next, similar to attempts made in 2004 and 2006 under President George W. Bush.

“Roadless areas represent some of the best of what our forests have to offer – clean drinking water, world-class recreation and real value drivers to our economy,” said Megan Birzell, National Forest Campaign Manager for The Wilderness Society. “Permanently protecting the Roadless Rule through legislation would better preserve the integrity and intrinsic value of our national forests at a time when so many environmental laws are being attacked by the Trump Administration.”

The support for roadless forests in Washington State has always been, and continues to be strong. In March, a diverse group of 152 conservation, recreation, wildlife and hunting and fishing organizations as well as faith leaders, local businesses and elected officials from Washington State sent a letter in support of existing protections for roadless areas. The letter, coordinated by Washington Wild, was sent to all twelve members of the Washington Congressional delegation raising concerns about congressional and administrative attacks on national forest roadless areas.

“The areas of our national forests without roads are often some of the best habitat for fish and wildlife,” said John McGlenn, President of Washington Wildlife Federation which represents hunters and anglers around the state. “These refuges are critical to ensuring that we are able to pass on this legacy to future generations.”

Washington’s roadless forests also provide popular recreational activities like hiking, climbing, paddling, hunting, fishing, camping, skiing, horseback riding and mountain biking that add to the unique quality of life we all enjoy here in the Washington State.  These incredible landscapes also inspire homegrown companies like REI, Filson and the many other local businesses that provide recreation gear or opportunities.

Here in Washington State, over the last year, the Mt. Baker-Snoqualmie National Forest has already greenlighted or proposed two projects that allow new road building in roadless areas, the Olivine Mine and Excelsior Mine Expansions. Continuing to allow roadbuilding in roadless areas, and allowing statewide exemptions, sets a dangerous precedent for the future management of the Forest and in roadless areas. This puts clean water, backcountry recreation, ancient forests and wildlife habitat at risk.