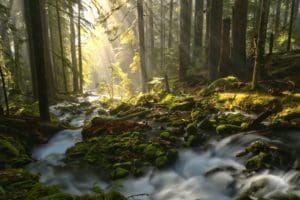 Dozens of local CEOs, businesses, and elected officials from multiple sectors of the economy announced their support for the Wild Olympics Wilderness and Wild & Scenic Rivers Act today as the bill received a positive legislative hearing before the Senate subcommittee on Public Lands, Forests, and Mining.

In a separate letter, dozens of other new Olympic Peninsula and Hood Canal area local business and local elected official endorsements urged for the swift passage of the Wild Olympics legislation to protect and grow local jobs in multiple sectors of the economy. The business owners and economic leaders say the legislation would both protect and create local jobs in shipping and trade, construction, real estate, fishing, information technology, the shellfish industry, tourism, manufacturing, and other sectors of the region’s economy.

“It is almost unheard of to find this kind of support for a bill in Congress but in Washington state we know we don’t have to choose between preserving our natural spaces and growing our economy. They go hand in hand.”

The Senate hearing comes in the wake of other recent new local endorsements backing the Wild Olympics Wilderness and Wild & Scenic Rivers Act. The new additions brought the total number of local Olympic Peninsula & Hood Canal region endorsements to more than 800 endorsers, including the Quinault, Quileute, Elwha and Jamestown S’Klallam Tribes; over 30 local sportsmen organizations and fishing guides; the mayors of Port Angeles, Port Townsend and Ocean Shores; businesses and CEOs; farms and faith leaders; conservation and outdoor recreation groups; and many others. Additionally, more than 12,000 local residents have signed petitions in support.