Terry Williams…He will be Missed 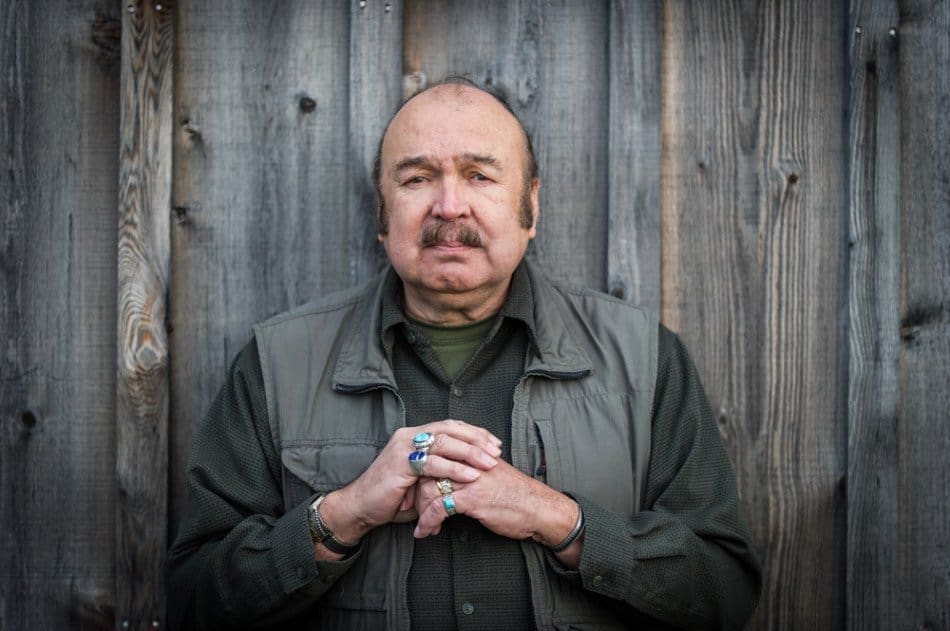 In my 50-year career I have had the honor of meeting and working with many great tribal leaders, near and far. Terry Williams was among the greatest, particularly with respect to the environment. This was a man entirely devoted to the preservation and restoration of the habitat and fish and wildlife species that constitute healthy biodiversity in the Northwest and beyond. He was one of the most gifted and intelligent men I have ever known. Among his greatest qualities was his ability to bring people together, regardless of their background or intent, and help generate common sense solutions to challenges we must all confront.

I remember the day we met. It was 1985 and I was just starting to organize my version of a public relations program intended to deal with anti-tribal sentiment on the part of non-tribal commercial and recreational fishermen. Terry approached me with a broad smile and a friendly handshake, welcoming me to my new position. I might have thought that was the end of it. But if I did, I would soon find out that I was wrong. This man, who headed the Tulalip Tribes’ environmental program and who was one of the NWIFC commissioners, introduced me to the world of Northwest tribal life and the many environmental challenges tribes faced. His friendship boosted my career and my life by thoroughly engaging me in efforts that were not only challenging but ethically worthwhile.

Along with my other mentor, Billy Frank, Jr., Terry would guide and direct my life for the next 30 years, and beyond. He would go on to prove his worth over and over again, not only in the Northwest but throughout the country and in other nations across the world. Biodiversity was his trademark and Indigenous wisdom his guide. When doors opened for tribal participation in environmental efforts and programs, Terry was often the first to enter. And if those doors weren’t open, he was often one of the first to try to break it down—not with an angry approach so much as one of persuasion and persistence.

An illustration of Terry’s magnanimous approach to solving conflict is well reflected in his work to establish a bio-gas facility for the Tulalip Tribes and the Lower Skykomish River Dairy Farmers. Manure from dairy cows was poisoning the river. Rather than fight the dairies in an atmosphere of anger and frustration, Terry helped find a way to use the manure to create clean energy, protect the water and establish a new source of income for the dairies by selling bacteria-safe fertilizer.

Terry’s approach also weighed in significantly on the development of the Timber-Fish-Wildlife agreement between the western Washington tribes, the state, environmental organizations, and the timber industry. That agreement led to many others related to fish and wildlife efforts and the timber industry. Yes, challenges still continue. But the work done by Terry and other tribal leaders has resulted in significant and meaningful progress.

The story’s the same in fisheries management. Challenges continue, of course. But the work done by Terry and other leaders has most certainly resulted in important progress at the regional, state and international levels. A case-in-point is the relationship between tribes and the non-tribal commercial fishing industry. When I assumed the role of Information Services Manager in February of 1985 that relationship was toxic. Tribes were still being vilified by non-tribal fishermen on a regular basis. Through the years most of those in that industry, as well as many sports fishers, have learned to acknowledge that the true culprit in the demise of fish runs is habitat destruction, due to over-development, deforestation and mining. They also acknowledge that tribes are leaders they can trust and must work with and support to help remedy those challenges.

In addition to his long-standing role as Fisheries and Natural Resources Commissioner for the Tulalip Tribes and Commissioner to the Northwest Indian Fisheries Commission, Terry served on the Snohomish Basin Salmon Recovery Forum, the Northwest Straits Commission, the Puget Sound Water Quality Authority, the  Center For Streamside Studies, the Salmon Homecoming Alliance, the Adopt-A-Stream Foundation, the Governor’s Committee on Climate Change, the Native American Fish and Wildlife Society, the National Environmental Justice Advisory Committee, the EPA Tribal Trust Program, the United Nations Conference on Biodiversity, the National Congress of American Indians and many more.

One of Terry’s most important achievements was the advancement of social and scientific knowledge about climate change. He pioneered education about it in the Northwest, and beyond, and never gave up his effort to encourage tribal, local, state, federal and international governments, as well as people at large, to respond to this ecological challenge.

When Carol Browner served as the Director of the White House Office of Energy and Climate Change Policy under President Obama, she appointed Terry to direct the EPA American Indian Environmental Office in Washington D.C. As he often did, he brought me into a supporting role in that appointment to coordinate his public outreach program, and I was able to again witness the greatness of this man as he performed his tasks in D.C. with the same confidence and professionalism he did back home at Tulalip.

Among his many acknowledgments, Terry received the Washington State Environmental Award, the Ecotrust Indigenous Leadership Award, the Nancy Foster Award from the National Oceanic and Atmospheric Administration, the Lifetime Achievement Award for Salmon Habitat and Puget Sound Preservation from his Tribe, and the Seventh Generation Legacy Award from the Salmon Homecoming Alliance.

As Terry, himself, once said:

“We all share a common planet with many common problems to overcome. Working together, perhaps we can solve them and make this a better place for everyone.”

Washington Wild is working cooperatively with “This Is Indian Country” to secure funding for a project to preserve traditional knowledge from tribal elders and other tribal leaders in video/oral history form. The urgency and importance of this project is underscored by the passing of Terry Williams, a man who had such incredible knowledge and so much to share.