Cantwell, Murray Help Save Hanford Reach National Monument, but Others Still at Risk

Today, Secretary Zinke has announced that both Idaho’s Crater of the Moon and Washington’s own Hanford Reach National Monument will not be touched by the review process instigated by President Trump’s Executive Order in April of this year.  Read the DOI Press Release here. 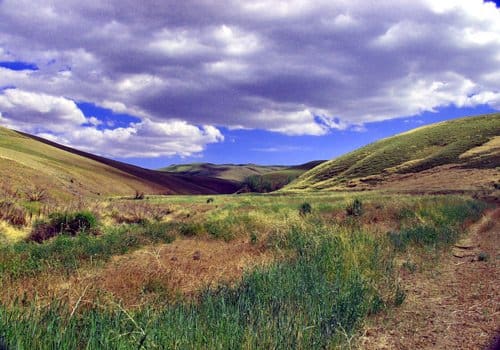 Both Senators Patty Murray and Maria Cantwell spoke on Wednesday, July 12th with Secretary Zinke and to the public standing up for these unique landscapes in Washington and across the US.

In regards to Hanford Reach National Monument Zinke stated that “Sportsmen and women from all over the country go to Hanford Reach for some of the best fishing and bird hunting around. It’s also home to some of the most well-preserved remnants of human history in the area.”

Since its enactment over a hundred years ago, the Antiquities Act has been one of our country’s most critical conservation tools for preserving our nation’s most important public lands and waters. Not only do America’s national monuments preserve our nation’s history, our culture & our natural wonders, they help grow and sustain local communities and economies.

At a time when our public lands have become a clear target, it is imperative we express our concern and our support for public lands to our elected officials.

Already over a dozen attacks on public lands and have been introduced, with three already signed by President Trump. Please take a minute and write your elected officials showing your support for our public lands! Personal messages make an impact, feel free to leave a comment expressing why public lands are important to you.