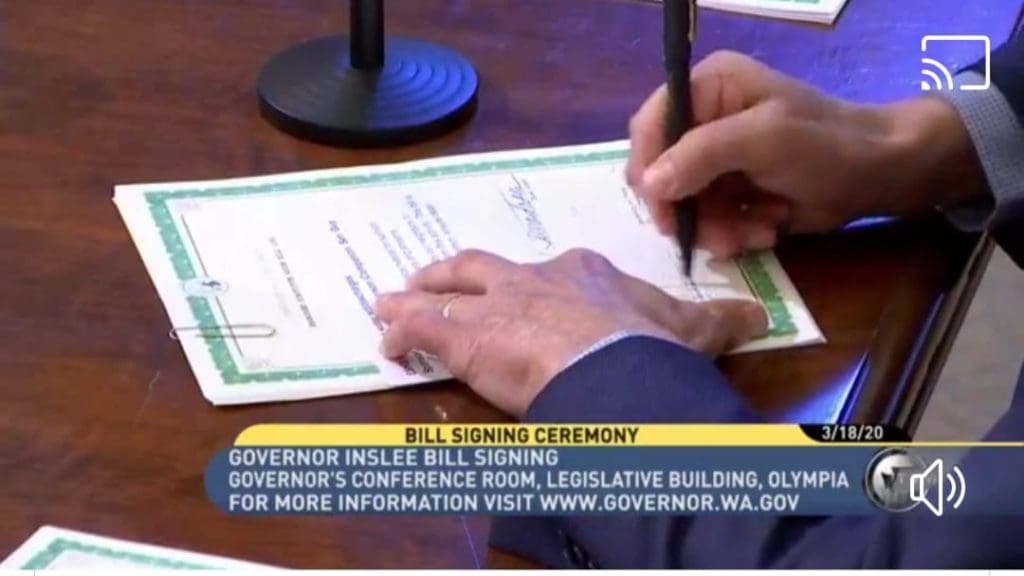 Today, Governor Jay Inslee signed legislation that would ban the harmful practice of motorized suction dredge mining in stream segments designated as critical salmon habitat in Washington State. This was a hard-fought and long-awaited victory for protecting the billion-dollar investment in salmon recovery from federal and local governments, Tribes, and conservation groups. The law will go into effect later this year.

The reform legislation (ES HB 1261) passed the State Senate by a vote of 37 to 10 with bipartisan support on March 5. Prior to that it passed the State House of Representatives and all relevant committees.

Passage of this legislation is a decade old hard-fought win for salmon recovery, orcas, and clean water. Washington currently invests hundreds of millions of dollars in salmon

recovery while allowing this activity to take place in critical habitat for ESA-listed salmon, including Chinook salmon which are the primary food source for our endangered Southern Resident orca whales. The legislation introduces commonsense updates that align with court-backed regulations for this activity in neighboring states (OR, CA, ID, MT).

Effective and commonsense rules limiting suction dredging in our neighboring states of Oregon, California, and Idaho have displaced miners that have now moved into Washington State, creating even greater pressure on our streams.