This past April President Trump issued an executive order that directs the Department of Interior to review all previous national monument designations since 1996. 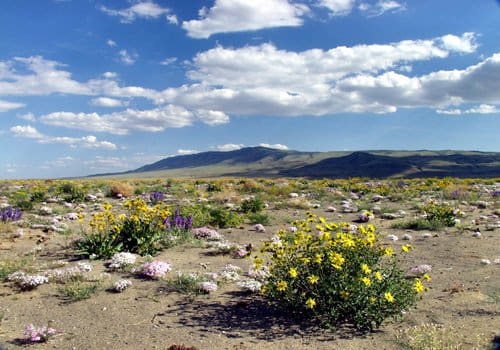 Washington’s own Hanford Reach National Monument, designated in 2000 by President Clinton, is among the more than two dozen  national monuments currently under review. Since then four Eastern Washington newspapers, The Wenatchee World, The Columbian, The Walla Walla Bulletin, and the Tri-City Herald, have all expressed their support for this unique and protected landscape.

Hanford Reach includes 195,000 acres of pristine landscape known for its white bluffs, wildlife and the nation’s last non-tidal, free-flowing segment of the Columbia River runs through it. A popular destination for sportsmen and outdoor recreation, the review and possible rescinding of the designation of the monument has local communities concerned.

The US Fish & Wildlife service describes it as “a place of sweeping vistas and stark beauty, of towering bluffs and delicate flowers. Wildlife abounds in this harsh landscape — rare is a trip along the river that doesn’t produce mule deer, coyotes, bald eagles, great blue herons, or white pelicans. A large elk herd hides in the canyons, and incredibly, porcupines are a common sight. Rare plants defy the desert, wind and heat. Beautiful spring wildflower displays delight the visitor who ventures into the field.”

Our national parks, monuments and other protected public lands and waters unite all Americans by protecting our shared American heritage for future generations to enjoy.

According to a 2017 Colorado College’s Conservation in the West Poll, 80% of western voters support keeping existing national monuments protections in place while only 13% of western voters supported removing protections for existing monuments. This poll reinforces other surveys that document widespread public opposition to congressional attacks on new parks. In a December 2014 Hart Research Poll, 90% of Americans support the permanent protection of some public lands, monuments, wildlife refuges and Wilderness.

At a time when our public lands have become a clear target, it is imperative we express our concern and our support for public lands to our elected officials. Please take a minute and send a message to Secretary Zinke expressing your support for our national monuments. Personal messages make an impact, feel free to leave a comment expressing why this is important to you.