Today, President Trump issued an executive order that directs the Department of Interior to review all previous national monument designations since 1996. Washington’s own San Juan Islands National Monument, designated by President Barak Obama in 2013 is among the more than 50 national monuments at risk.

Since its enactment over a hundred years ago, the Antiquities Act has been one of our nation’s most critical conservation tools for preserving our nation’s most important public lands and waters. Both Republican and Democratic Presidents, including Theodore Roosevelt, Dwight D Eisenhower, John Kennedy and George W. Bush have used the Antiquities Act since 1906 to designate 157 special places including national treasures like the Grand Canyon, Devils Tower and Olympic National Park. Our national parks and monuments and other protected public lands and waters unite all Americans by protecting our shared American heritage for future generations to enjoy.

According to Colorado College’s Conservation in the West Poll, 80% of western voters support keeping existing national monuments protections in place while only 13% of western voters supported removing protections for existing monuments. This poll reinforces other surveys that document widespread public opposition to congressional attacks on new parks. In a December 2014 Hart Research Poll, 90% of Americans support the permanent protection of some public lands, monuments, wildlife refuges and Wilderness. 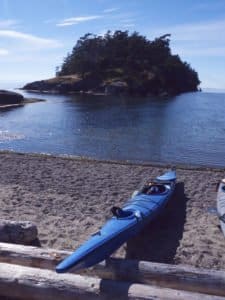 Not only do America’s national monuments preserve our nation’s history, our culture & our natural wonders, they help grow and sustain local communities and economies – especially for rural and Western communities that benefit from the tourism, outdoor recreation and quality of life associated with healthy public lands. Outdoor recreation alone generates $887 billion and 7.6 million jobs every year. And in 2016, National Parks saw a record 331 million visits, contributing almost $35 billion to the U.S. economy. Regions surrounding national monuments have seen continued growth or improvement in employment and personal income, and rural counties in the West with more federal lands had healthier economies, on average, than their peers with less protected lands.

At a time when our public lands have become a clear target, it is imperative we express our concern and our support for public lands to our elected officials. Already over a dozen attacks on public lands and have been introduced, with three already signed by President Trump. Please take a minute and send a message to Secretary Zinke expressing your support for our national monuments. Personal messages make an impact, feel free to leave a comment expressing why this is important to you.