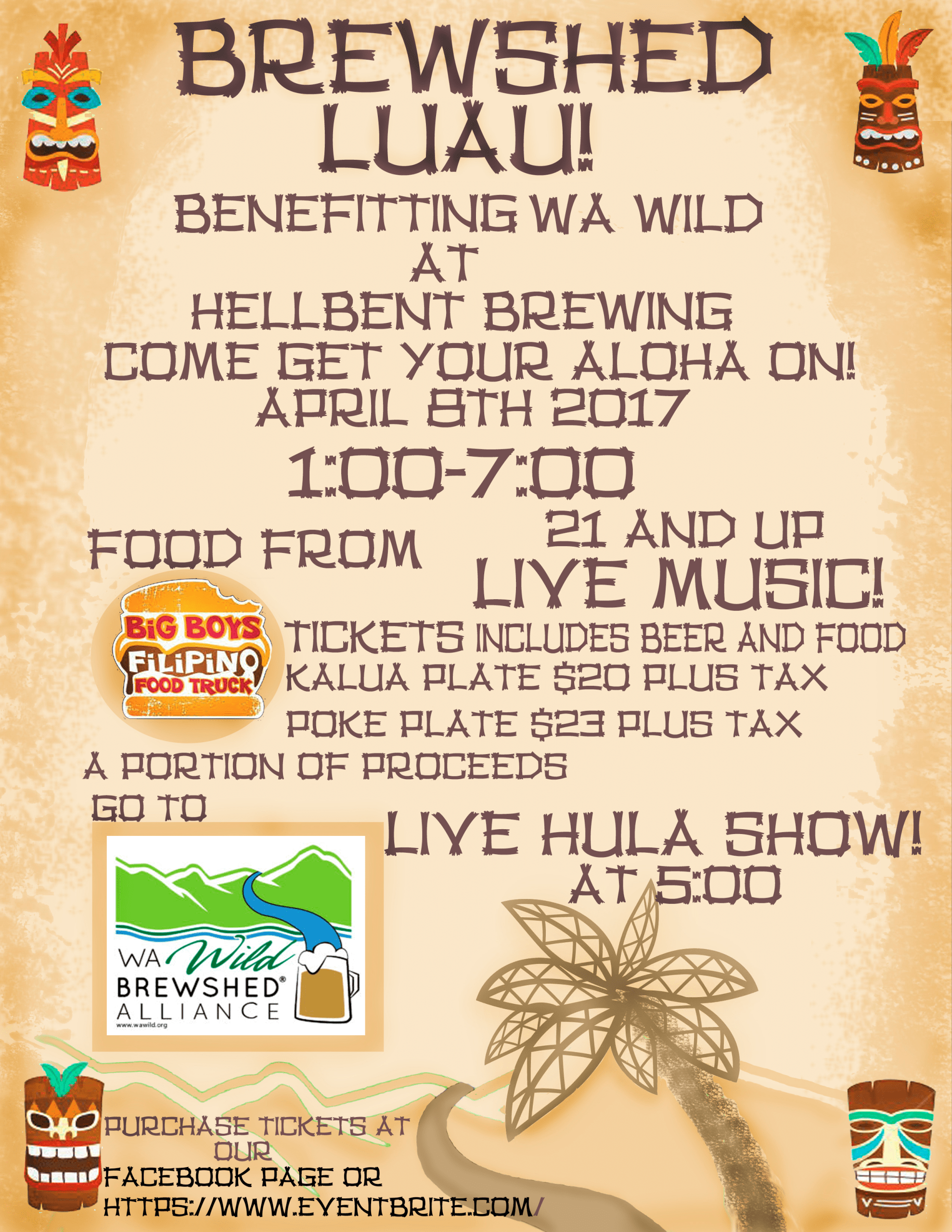 Live music and Hula dancing will be performed throughout the day. WA WILD will be on hand, manning the photo booth and providing info on what they are all about. Come and get involved in Washington Wild’s efforts to protect public lands!

Ticket includes a Poke/ Kalua pork bowl (two tiers) from Big Boys Kainan Foodtruck, any pint of Hellbent beer, a tip for your lovely staff and a donation to WA WILD!!!!

Right now your support is more important than ever. An all out war on our public lands has already begun. On their FIRST day the newly elected U.S. House of Representatives passed a controversial provision (H.R. 5) devaluing our federal parks, forests and national wildlife refuges. The provision in essence implies our public lands have no intrinsic or economic value and paves the way for transferring or selling off our public lands to the highest bidder. Days later, Congressman Jason Chaffetz (R-UT-3) Introduced legislation (H.R. 621) that would direct the interior to immediately sell off an area of public lands equaling 3.3 million acres.

Several amendments associated with a rarely used Congressional Review Act (CRA) were introduced to repeal existing regulations that would restrict coal companies from polluting streams, limit drilling in National Parks, improve planning and public input for BLM lands, and prohibit killing of bears and wolves on national wildlife refuges in Alaska.  If these rules are repealed this leaves some of America’s most treasured landscapes open to threats from drilling and mining and other threats. Take Action today!