Events » Brewshed Battle of the Brewers 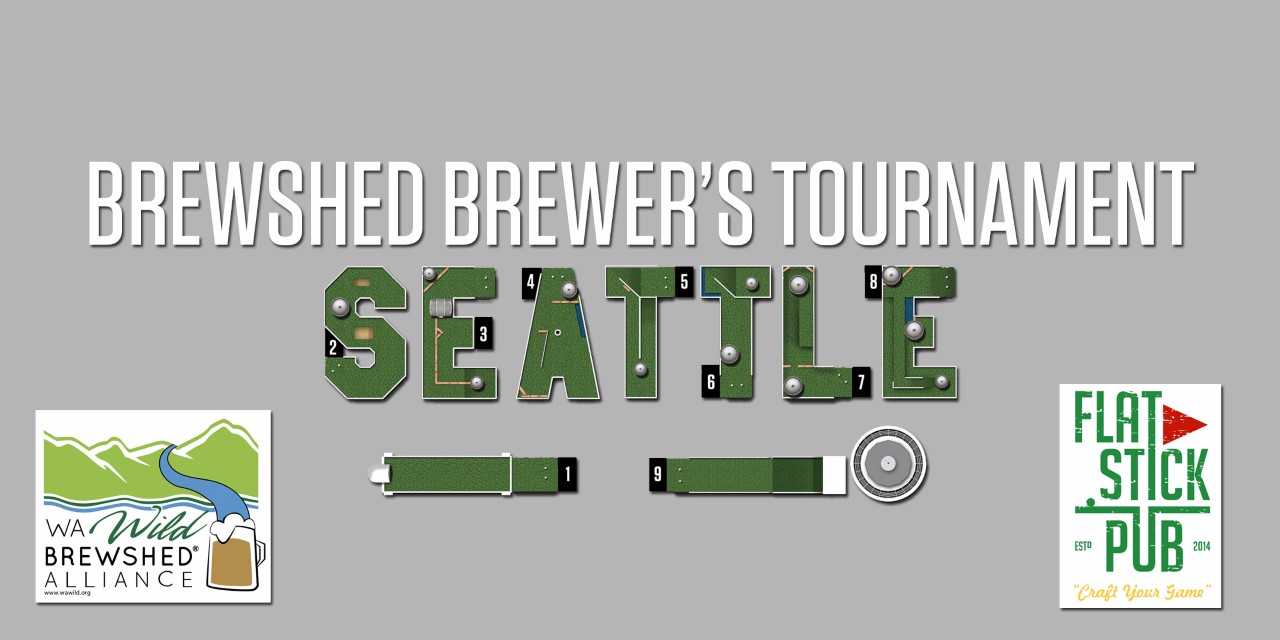 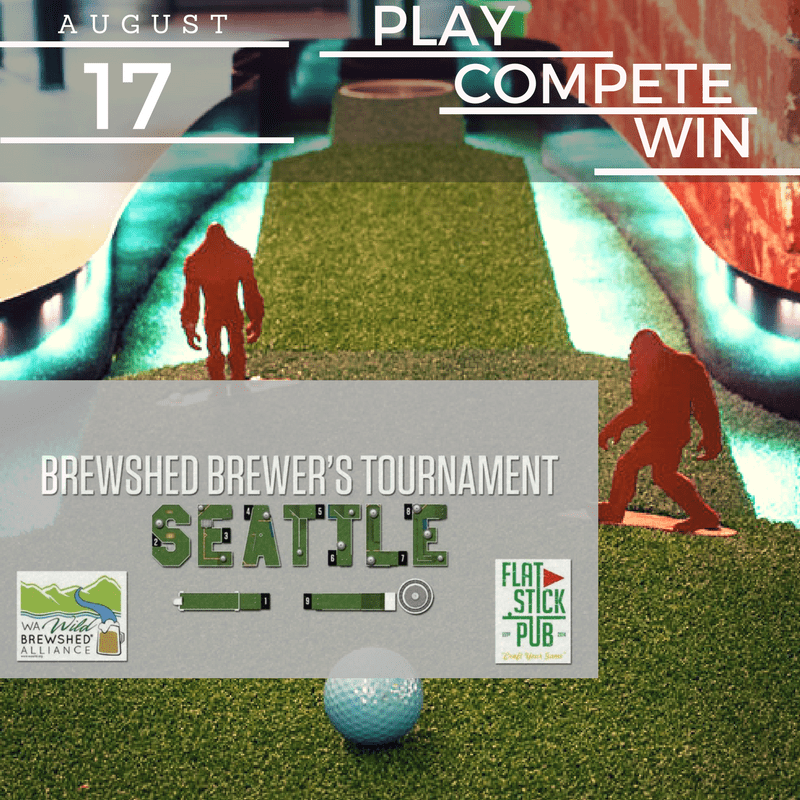 Join us and 23 of Washington’s breweries at Flatstick Pub for an awesome night of beer, putt putt and friendly competition, all in support of clean water & better beer! The Brewshed Battle of the Brewers is taking place Thursday, August 17th from 6:30 – 9! Here’s your chance to team up with a local brewery in a mini golf tournament to benefit the Washington Wild Brewshed® Alliance. There will be 23 different brewery teams and they each need 1 player from the general public to join their team and help them win this friendly competition in a battle of breweries!

The winning brewery gets to takeover 1 tap at Flatstick for a month and Flatstick will donate $1 for every beer sold from that tap for the whole month. The public player (that’s you!) on the winning team gets a $50 gift card from Flatstick to spend on whatever you like.

Your Ticket Includes: Entry fee is only $15 and all of the money goes to Washington Wild to support their nonprofit work to protect wild places and healthy watersheds in our state! Your ticket includes a $5 token to spend on whatever you want at the bar, a round of mini golf and duffleboard in the tournament, and swag from the brewery you are teaming up with.

There will be one ticket available per participating brewery. Once that brewery’s ticket has been purchased, that specific brewery is no longer available to pick as a teammate so sign up soon if you want to be partnered with one in particular.

Tournament Structure:
Each team plays one round of mini golf (9 holes) and one round of duffleboard (12 holes). We will then combine the scores of both players to get the total score for the team. The 7 teams with the lowest scores will advance to the playoff round.

Playoffs:
All 7 teams choose one player to play the 1st golf hole. The team with the worst score on the 1st playoff hole is eliminated. The remaining 6 teams move on to the 2nd golf hole and their other player plays this time. Again, the worst score is eliminated, and the top 5 continue to hole 3. This will continue on until there is one team left. In an event of a tie for worst score, then all team’s advance to the next hole.

Flatstick and all of the Breweries will also be donating $1 for every beer sold that day of the event to Washington Wild! That’s $2 of every pint that goes back to protecting healthy forests and watersheds! Each of the 23 participating breweries will have a keg on tap at Flatstick for the event