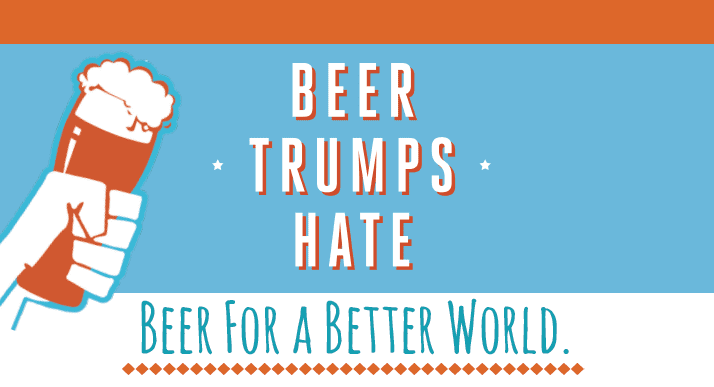 One year after inauguration day, we’re bringing our community together for a Beer Trumps Hate event.

Red Door will be donating $1 from every pint of “Imp. Peach Mint” IPA from Rooftop Brewing Company they sell between the hours of 3-7 PM to the Washington Wild Brewshed Alliance! The Beer –  the “Imp. Peach Mint IPA” (8.8% ABV, 72 IBU) was brewed with Azacca Hops and real peach puree to provide a wonderful bouquet tropical fruit and peach flavors.  Fresh mint was used in the dry-hops to give a more effervescent character, but mostly to complete the allegory.

Each month a different Washington Brewery will brew a beer where the proceeds will benefit a charity that is near and dear to their hearts. In January Rooftop Brewing will be donating $1 of every pint to Washington Wild to protect public lands!