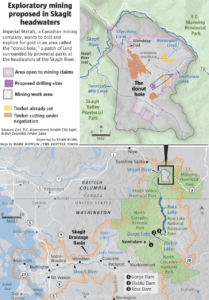 On January 19, 2022 the international coalition celebrated a major win: A settlement to HALT MINING has been reached!

Southern British Columbia has become a dangerous hotspot for toxic pollution from mines in watersheds that flow into Washington state, including the beloved Skagit River.

In 2019, a request for a permit to begin mining in the Skagit Headwaters was made by Imperial Metals, the company responsible for the infamous Mount Polley mine disaster of 2014, which spilled more than 24 million cubic meters of wastewater laden with arsenic, lead, selenium and copper into the Fraser River watershed, one of the biggest environmental disasters in Canadian history.

The iconic Skagit River begins in British Columbia, flows down through the North Cascades and Mt. Baker Snoqualmie National Forest, eventually ending in the Puget Sound, providing 30% of the Sound’s freshwater. The Skagit Watershed is critical to the health and well-being of the region’s residents, Indigenous communities, and local recreation and agriculture economies.

Decisions made by our neighbors to the north affect us all downstream.  Moving forward with mining is a direct threat to Indigenous communities and to one of our state’s most beloved natural resources. That’s why we’re working to #Protectskagit. 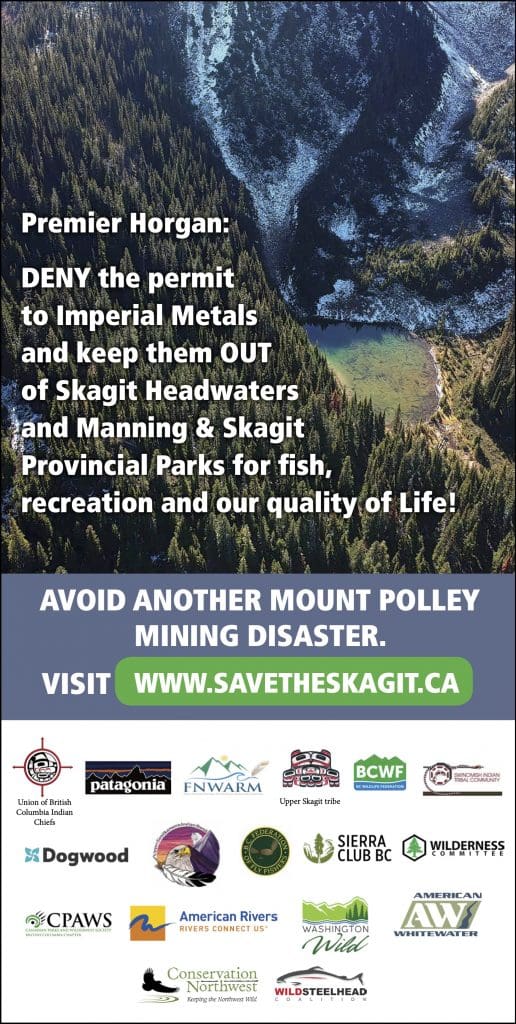 An international coalition cheered a major victory today: A settlement to halt mining in the Skagit Headwaters. In 2019, Imperial Metals Corporation filed a permit to begin mining in the “donut hole” of the unprotected Canadian headwaters of the Skagit River. Today — after a nearly three-year decision process — the British Columbia government, Imperial […]