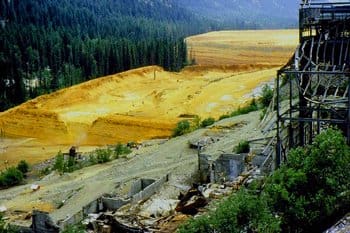 Although it was enacted more than 140 years ago when Ulysses S. Grant was president, incredulously the 1872 Mining Law still governs hardrock mining on public lands. The antiquated law allows private companies to take valuable minerals, such as gold, copper and uranium, from public lands without paying a dime to American taxpayers, and it still allows public land to be purchased at the 1872 prices of less than $5.00 an acre. The 1872 Mining Law contains no provisions for protecting our landscapes, wildlife, water supplies and has no regard for mining’s impact to other uses of our public lands.

The legacy of the 1872 Mining Law threatens the well being of our western communities, and the scarce water resources upon which they depend. According to the U.S. Environmental Protection Agency, hardrock mining has polluted 40 percent of the headwaters of Western watersheds. Furthermore, more than half a million hazardous abandoned mines around the country persist and unlike coal, the hardrock mining industry contributes nothing towards their cleanup.

Not only does the 1872 Mining Law imperil water resources, its cost to taxpayers is enormous. Since 1872, hardrock mining companies have taken more than $245 billion worth of minerals from public land, without paying a dime in royalties to taxpayers. It is the only extractive industry in the nation to receive such preferential treatment.