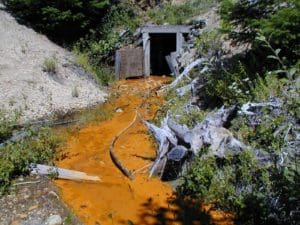 Washington Wild has played a leadership role in supporting mining reform and opposing specific mining proposals that would adversely impact wild places like Mount St. Helens and the North Cascades.

THE PROBLEM: As an industry, mining has avoided playing by the rules over the last century. For example, it is the only extractive industry that does not pay any royalties to the federal government for extracting resources from federal lands. Incredulously, the 1872 Mining Law still governs hardrock mining on public lands, allowing private companies to take valuable minerals, such as gold, copper and uranium, from public lands without paying a dime to American taxpayers. 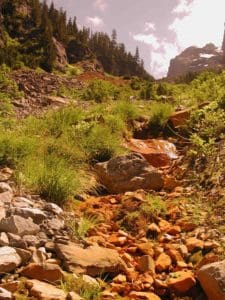 They also have no obligations for cleaning up the toxic waste they leave behind. The negative legacy of this 140-year old law has led to a number of mining proposals in Washington State that threaten wild places like Mount St. Helens, the North Cascades and the Columbia highlands. The mines are not only damaging during extraction, but since the mining companies aren’t required to restore the area, the damage done is long lasting.

THE SOLUTION: Over the past decade, Washington Wild has led a statewide coalition of conservation, recreation, hunting, fishing, tribal and religious groups working to support meaningful mining reform. The goal is to support legislation that would require royalties for mineral production to the American taxpayer, require clean up obligations from mining companies and stop the ability to make federal land private for as little as $5 an acre. Washington Wild has also coordinated or supported efforts to oppose mining proposals on federal lands that would impact wild lands and waters and recreational opportunities including roadless areas, eligible wild and scenic rivers and municipal watersheds. Some examples include exploratory drilling for mining claims in the shadow of Mount St. Helens, exploratory efforts near Flagg Mountain in the Methow Valley headwaters, expansion of the Buckhorn Mine in the Okanogan Highlands and several mining developments on Mt. Baker Snoqualmie National Forest.

On September 5, Washington Wild sent a letter to the U.S. Forest Service (USFS) undersigned by 17 conservation and recreation organizations outlining concerns for a proposed exploratory drilling near Buckhorn […]

On January 31, a US District Court vacated decisions made by the Bureau of Land Management (BLM) and the United States Forest Service (USFS) that would have enabled mining exploration […]