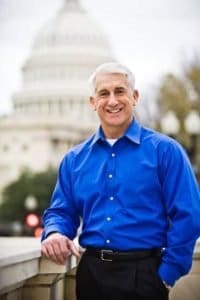 Amidst a constant stream of negative news from Congress and the Trump Administration relating to climate change, a ray of hope materialized from an unlikely source. 17 House Republicans cosponsored a resolution (H. Res. 195), “expressing the commitment of the House of Representatives to conservative environmental stewardship.”

Congressman Dave Reichert (R-WA08), who represents a district running from Auburn east to Chelan, was the only Washington Republican to cosponsor the resolution.  Rep. Reichert introduced legislation in the House that became law in 2014, adding 22,000 acres to the Alpine Lakes Wilderness and designating the Middle Fork Snoqualmie and Pratt Rivers under the Wild & Scenic Rivers Act.

The resolution acknowledges and supports efforts to address impacts of climate change. Specifically, the resolution resolves that, “the House of Representatives commits to working constructively, using our tradition of American ingenuity, innovation, and exceptionalism, to create and support economically viable, and broadly supported private and public solutions to study and address the causes and effects of measured changes to our global and regional climates, including mitigation efforts and efforts to balance human activities that have been found to have an impact.”

The resolution is a breath of fresh air as the past several weeks have seen legislation introduced into the House that would abolish the Environmental Protection Agency (EPA), confirmed cabinet Secretaries of the EPA and Department of Energy who are hostile to addressing climate change impacts and recent proposed budget cuts to the EPA of 31% by the Trump Administration.