In advance of a public hearing, Washington Wild joined ten conservation and recreation groups who signed onto a letter to the Okanogan Public Utility District raising concerns about the economic, legal and conservation impacts of the re-investment in this century-old dam on Similkameen River. 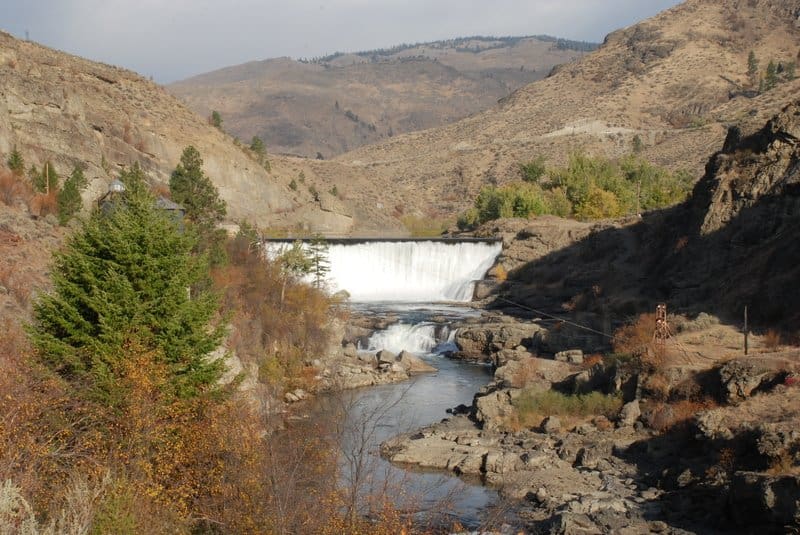 The project would cost $40 million to build, would cost more to operate than it brings in for revenue, and accumulate $170 million losses over the life of the project. In addition, the utility has not followed requirements for public notice of comment or accurate information about aspects of the project.

The Enloe Dam project has long been controversial for both environmental and economic reasons.  Of particular concern is the current proposal to bypass virtually all of the river flow into the new turbines, de-watering Similkameen Falls for most of the year.  Conservation Groups would prefer to remove the dam constructed in 1920 and abandoned in 1958 and restore more than 200 miles of free-flowing river on the Similkameen and its upstream tributaries.

The Reclamations Authorizations Act of 1976 directed the Secretary to undertake “measures necessary to provide fish passage and propagation in the Similkameen River” as part of development of the Oroville-Tonasket unit extension. A 1977 Bureau of Reclamation study found that removal of Enloe Dam would be the preferred method for accomplishing the requirements of the Act.

Washington Wild recognizes hydropower as a source of clean and renewable energy. However, we also recognize the significant impact that dams and related facilities have on endangered fish populations and downstream recreational and ecological benefits. As a result we feel that hydropower projects should be focused on existing infrastructure and be economically viable. The Enloe proposal falls well short of these criteria.