Preserving the Magic of the Pacific Northwest 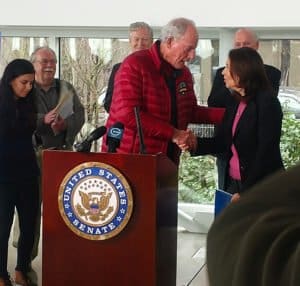 Washington State’s public lands are a legacy worth protecting. I should know as someone who grew up in West Seattle and graduated from Seattle University before taking the opportunity to explore the world. I have looked down from the top of the world from Nepal’s Mt. Everest. I have sailed the high seas with my family in a 53-foot ketch for four years and 20,000 miles with extended stops in Fiji and Australia. Despite all the incredible landscapes and places that I have been, I always find myself eager to return home to the Evergreen State.

At my core, I am a mountain guy, but I also feel connected to the ocean, rivers, and streams of mother earth. I first developed my love to camp, hike, and climb after joining the local Boy Scout Troop 272 at the age of 12. Most of our camping trips and outdoor adventures were centered around public lands – places like Olympic National Park and the Mt. Baker-Snoqualmie National Forest. I feel fortunate to have grown up so close to the quiet beauty of ancient forests on the Olympic Peninsula and snow-capped peaks in the Cascades which feed our salmon-bearing streams and rivers.

As a mountaineer, I have spent a lot of time in places that were untouched by the influence of humans, providing a reservoir of solitude and deep connection to nature. After my summit of Everest in 1963, I began to understand the need to protect our public lands so that their beauty and adventurous spirit can be passed on to future generations. I was not alone. In 1964, the U.S. Congress passed the Wilderness Act and four years later the Wild & Scenic Rivers Act, ushering in the dawn of the modern conservation movement. 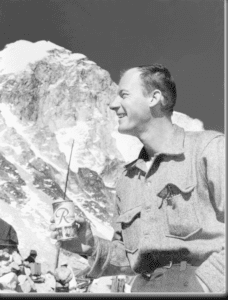 Base Camp at Mt. Everest. Photo courtesy of the Whittaker Family Collection.

Increasingly, I became aware of impacts to these special places and felt a growing obligation to protect and preserve our public land heritage. On a return trip to Mt. Everest in the 1990’s as the leader of an international peace climb, I made sure our expedition removed up to two tons of trash accumulated from prior expeditions. More recently, I have worked with Washington Wild to lend my voice in support of protecting our last remaining old-growth forests under the National Forest Roadless Area Rule. In 2009, I highlighted the need to uphold this important regulation which protects nearly 60 million acres of ancient national forests that have escaped being crisscrossed by timber roads.

Over the past several years I have joined a chorus of more than 700 elected officials, local businesses, outdoor industry leaders, and conservation and recreation groups in support of the Wild Olympics legislation now moving through Congress. The legislation would permanently protect 126,000 acres of Olympic National Forest as Wilderness for the first time in 30 years and protect the first ever Wild & Scenic Rivers on the Olympic Peninsula. Our public lands like Mt. Rainier National Park or Mount St. Helens National Volcanic Monument are not just scenic treasures. They are also an important part of the quality of life we all enjoy here in Washington State. They provide an accessible anecdote to the electronic attachments and video screens that increasingly dominate our daily lives. My thrust has always been to get people outside, into the mountains, forests, and rivers — especially our youth. There should be no child left inside.

I feel fortunate to have grown up so close to the quiet beauty of ancient forests on the Olympic Peninsula and snow-capped peaks in the Cascades which feed our salmon-bearing streams and rivers.

As a former CEO of REI and a member of the outdoor industry for years, I also know that protecting public lands like our national parks and forests helps large local employers like Microsoft, Amazon, or Boeing with a competitive advantage when vying for a global pool of talented professionals. Our protected ancient forests, whitewater rapids, and climbable peaks in many cases seal the deal to lure the best and the brightest to Washington State.

Now more than ever, we are seeing an onslaught of attacks on our public lands from the current congressional leadership and the Trump administration. Attempts to undo our national monuments, sell off federal public lands owned by all Americans to the highest bidder, or abolish the Environmental Protection Agency are all real proposals that threaten the public lands legacy we pass on to future generations.

Join me in supporting Washington Wild’s efforts — to defend our public lands from such threats and to preserve the magic of the Pacific Northwest for those that follow us. Donate today!