Washington Wild mourns the loss of a northwest conservation advocate, local political royalty, and a former Washington Wild Board member. Peter Hardin Jackson lost an extended fight to pancreatic cancer on Sunday night. Washington State, the conservation and human rights community, and his friends and family will miss his wisdom and wit immensely. 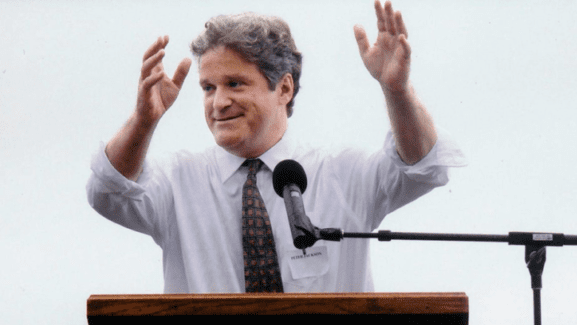 Peter was the son of legendary U.S. Senator Henry M. “Scoop” Jackson. He was a speechwriter for some of the pacific northwest’s biggest conservation advocates, including Senator Maria Cantwell and Governors Gary Locke and Christine Gregoire as well as an editorial writer for the Everett Herald, Seattle Times, and Crosscut. He recently co-authored an Op-Ed opposing a proposal by the Trump Administration to weaken National Environmental Policy Act regulations.

“Peter was a fierce advocate for wild places but never the loudest voice in the room. His wisdom and wit sufficiently amplified his point of view,” said Tom Uniack, Executive Director for Washington Wild who knew Peter since he and his graduate school friend Laurie Werner met and later married. “Since serving on Washington Wild’s board of directors, he has written more than one editorial piece trumpeting the Wild Sky, Alpine Lakes Additions, and the Wild Olympics proposals to great effect.”

Peter is survived by his wife of nearly a decade, Laurie Werner, and his sister Anna Marie Laurence and her family.