Today, a number of threats to our Public Lands are expiring! 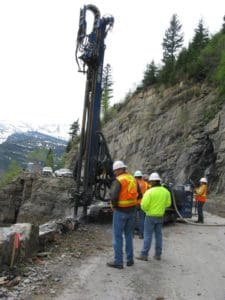 The deadline for Congressional Review Act (CRA) legislation, May 11th, has just passed. This ensures that any legislative attack on our public lands that was a CRA resolution, including drilling on our National Parks, can no longer be put through the House or the Senate.

Since the beginning of the current Congressional session, three provisions under the Congressional Review Act have been passed repealing regulations to restrict coal companies from dumping waste into streams, improve 30-year old planning regulations for Bureau of Land Management lands and prohibit killing hibernating bears and shooting wolves from aircraft on national wildlife refuges in Alaska. An attempt to repeal regulations restricting oil and gas companies from releasing and burning excess methane (a significant greenhouse gas) into the atmosphere was voted down in the Senate.

The Congressional Review Act allows 60 legislative days for legislatures to undo regulations enacted by the executive branch, in this case attempting to roll back many Obama-Era regulations. The current Congress and Administration have repeatedly used the CRA as a tool to attempt to repeal existing environmental regulations, among others. 14 of these resolutions have made their way to the President’s Desk and were signed into law, including repealing regulations that prevented aggressive hunting of wolves and bears and allowing coal companies to dump waste into streams. Any of the CRA resolutions that have been signed into law effectively prevent the agency from submitting a similar substantive rule in the future, meaning that no new similar regulation can be put in place. Before the Trump administration, the CRA had only been used once.

While the threats from CRA resolutions is ending, there continue to be attacks on our environment and our public lands. Washington Wild will continue to stand in defense of our remaining wild places, but we need your help! Use your voice and take action with a list of current attacks of Public Lands here.