The City of Anacortes is the latest entity to oppose mining in the “Donut Hole” of the Skagit Headwaters in British Columbia, joining a growing international coalition of over 200.

On April 12, the Anacortes City Council passed a resolution and sent a letter to BC provincial officials formally opposing the proposed expansion of mining exploration by Imperial Metals Corporation. 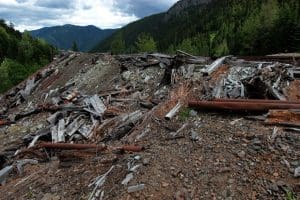 The Skagit River flows from British Columbia’s Allison Pass to the Salish Sea, draining 1.7 million acres on its 150 miles course. The Skagit Watershed is critical to the health and well-being of the region’s residents, Indigenous communities, and local recreation and agriculture economies. Before reaching the Puget Sound—where it provides 30% of the Sound’s fresh water—it offers habitat to land and aquatic species, and is a source of water for thousands of residents.

As a regional water provider, the City of Anacortes draws and treats water from the Skagit River and distributes it to more than 65,000 residential, commercial, and industrial customers in Skagit and Island counties.

“The City is very concerned about the heavy metals and acidic water that could be released by mining effluent, which could introduce arsenic, copper, lead, aluminum, mercury, and other toxins into our water supply,” said the city.

Concerns are justified and heightened by the fact that Imperial Metals was responsible for the catastrophic Mount Polley Mine disaster, which sent 25 billion liters of contaminated materials into drinking water and salmon habitat.

Allowing Imperial Metals to move forward with an exploratory mining permit poses too great of a risk:

“If this project is allowed to move forward and contaminates the Skagit River, the City will have to cease operation of its water treatment plant and find a new way to provide water to the community. This is an unacceptable risk to the lives and livelihoods of an entire region.”

Further, mining puts at risk the efforts and million-dollar-investments of Tribes, agencies, and community partners to protect endangered salmon.

The City of Anacortes calls for denying the requested permit and making the “Donut Hole” a protected area to safeguard it for future generations.