A Case for Mining Reform 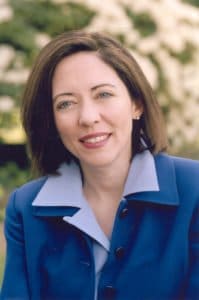 Hardrock mining has left a legacy of pollution across the West that continues to burden our groundwater, surface waters, wildlife, vegetation, soils, air, and human health today. This reality poses a challenge for those of us who care deeply about our natural environment.

While we recognize the critical role minerals play in our economy, we are also acutely aware of the mining industry’s poor environmental track record.

If we don’t have meaningful mining reform, many of our most treasured places, including national parks, national monuments, and roadless areas, will continue to be at risk for future mining.

More than 500,000 abandoned mines mar our nation’s public lands, including an estimated 3,800 in Washington State. Nearly 40 percent of headwaters in Western States are contaminated by runoff from abandoned mines. Cleaning all this up could cost as much as $50 billion.

Unfortunately, current Federal policy makes it very difficult to weed out mining projects that would cause irreparable harm while allowing some environmentally responsible projects to move forward. The primary Federal statute that governs mining on public lands was written in 1872, and it deems mining to be the “highest and best use” of public lands. This leaves land managers little option but to approve mining proposals, even when they conflict with other critical public interests, such as recreation, wildlife conservation, or watershed protection. The law is a relic of a bygone era when the highest priority was attracting people to settle the American West and environmental concerns were almost nonexistent.

In Washington State, we know our public lands provide enormous economic and conservation benefits that increase the quality of life for all our citizens. If we don’t have meaningful mining reform, many of our most treasured places, including national parks, national monuments, and roadless areas, will continue to be at risk for future mining.

A case in point is Mount St. Helens National Volcanic Monument. Just a few years ago, a mining company developed a proposal for a 3,000-acre, open-pit copper mine adjacent to this natural wonder of the Pacific Northwest. If the mine had been approved it would have threatened salmon and steelhead runs and municipal water supplies. That’s why I worked with local communities to convince the Bureau of Land Management (BLM) that the proposal was ill-advised. Thankfully, BLM found technical grounds to deny the permit, but this issue is not going away. The same pristine area is now threatened by a new mining company. Until Congress enacts fundamental mining law reform, the area will continue to be at risk.

At a minimum, hardrock mining reform should achieve the following:

It’s hard to believe that our nation is still relying on mining laws signed into law by President Ulysses S. Grant. The outdated 1872 Mining Law gives American citizens – the owners of the land – little recourse to prevent mining in some of our most environmentally sensitive areas. This is unacceptable. It is time for Congress to end preferential treatment for hardrock mining and enact reforms that balance environmental stewardship with any mineral development.

Maria Cantwell is a Democratic United States Senator from Washington.