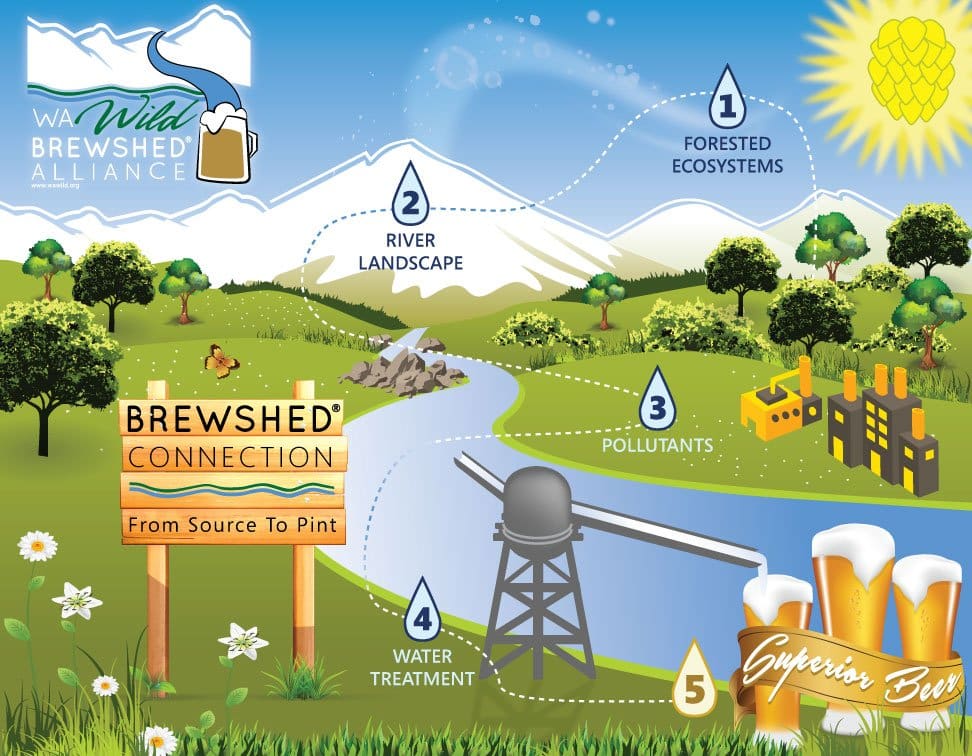 “Water makes up the vast majority of the finished product making it absolutely critical. Historically, beer and breweries have been defined in a large part by their local water and what it contributes to the final beer.”– James Goodman, Head Brewer at Elliott Bay Brewing Company

“Nobody knows better than a brewer the value of good water.”
– Kendall Jones, Washington Beer Blog

Breweries Advocating for a Wild Washington — The Brewshed® Connection in Action.