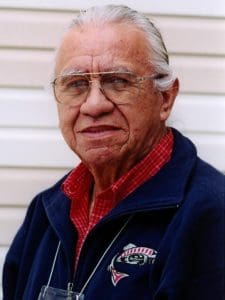 A bill to honor the late Billy Frank Jr. with a statue at the U.S. capitol cleared the senate with a bi-partisan vote of 44-5 and is now headed to Governor Jay Inslee’s desk for his signature.

Last month, the House approved the measure, which seeks to replace Washington’s Marcus Whitman statue in the National Statuary Hall Collection with a statue of Frank, a Nisqually tribal member known for championing treaty rights and environmental protections.

The National Statuary Hall Collection features 100 statues, with each state contributing statues of two notable deceased residents. Under the measure, Inslee must write to the Joint Committee on the Library of Congress by September 30 to request they remove the Whitman statue and replace it with a statue of Frank. The passed bill includes a Billy Frank Jr. National Statuary Hall Selection Committee, which will act on behalf of the state in carrying out the replacement process.