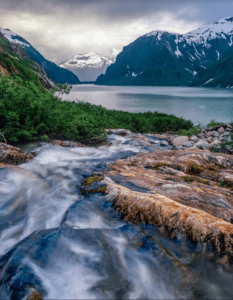 WASHINGTON, D.C. –Today, the Biden Administration announced steps to restore national forest roadless area protections in Alaska’s Tongass National Forest. The proposal is a repeal of the Trump Administration’s 2020 Alaska Roadless Rule, which stripped away long-standing protections under the 2001 Roadless Rule, a federal safeguard that restricts logging and roadbuilding in designated wild areas.

A 60-day comment period will begin on November 23, 2021 with the publication of a proposal to reinstate protections for 9 million acres of National Forest which were repealed by the Trump Administration last year.

Today’s announcement is an eagerly anticipated follow-up to President Biden’s announcement on July 15, 2021, introducing his Southeast Alaska Sustainability Strategy, a plan that would reinstate previous Roadless Rule protections and add additional safeguards to Alaska’s Tongass National Forest, including $25 million in federal spending on local sustainable development, Tribal-led partnerships, and an end to large-scale logging of old-growth timber across the forest’s entire 16 million acres.

“After overwhelming public opposition to repealing roadless area protections in the Tongass, the Trump Administration rushed forward with a decision to repeal protections for ancient forests, clean water and wildlife habitat that have been in place for two decades,” said Tom Uniack, Executive Director of Washington Wild. “We appreciate that the U.S. Forest Service is now working to restore the Roadless Rule for nine million acres of wildlife habitat, clean water sources, and ancient forests.

Conserving old-growth forests in the Tongass and similar carbon-rich mature and old-growth forests in Roadless protected areas across Washington state is one of the single biggest and boldest steps the Administration can take to address the climate change and biodiversity crises. For two decades, the Roadless Rule has protected old-growth forests and critical wildlife habitat in Alaska and across the country including 2 million acres in Washington state. Protecting these trees, which are champions at absorbing carbon, has helped make the Tongass a buffer against climate change.

The decision comes as a reversal of the Trump Administration’s biggest decisions regarding public lands. It also marks a halting of significant future carbon emissions. The Tongass — and similar old-growth forests here in Washington — act as “carbon sinks” by pulling and storing carbon from the atmosphere. The Tongass plays a critical role in our efforts to fight climate change. While Washington has taken bold action to stop climate change, the fight does not end at our borders. The Tongass is one of the United States’ most important carbon sinks, storing more carbon than any other national forest in the country. The Tongass accounts for approximately 8% of carbon sequestered by all national forests, making its conservation a national and global issue.

As a key part of the Southeast Alaska Sustainability Strategy, USDA will end large-scale old growth timber sales on the Tongass National Forest and will instead focus management resources to support forest restoration, recreation and resilience, including for climate, wildlife habit, and watershed improvement.

“The areas of our national forests without roads are often some of the best habitats for fish and wildlife,” said John McGlenn, President of Washington Wildlife Federation which represents hunters and anglers around the state. “These refuges are critical to ensuring that we are able to pass on this legacy to future generations.”

There is a special connection between Washington State and southeast Alaska. The Tongass National Forest is the same distance from Washington State as Boise ID. On Alaska Airlines alone, there are 24 daily nonstop flights between Seattle and the southeast Alaska communities of Sitka, Ketchikan and Juneau. Additionally, five major cruise lines offer 80 cruises departing from Seattle to the inside passage, the Tongass National Forest, and Glacier Bay National Park each summer. A significant number of commercial fishing permits held in Southeast and offshore waters in Alaska are held by fisherman with home ports in Seattle’s Fisherman’s Terminal or Westport.

Here in Washington State, we have just over 2 million acres of roadless areas, including places like South Quinault Ridge on the Olympic Peninsula, the Dark Divide in southwest Washington, and the Kettle Range in the eastern part of the state. They are a critical part of the quality of life we have come to expect. Roadless forests provide much of our clean and safe drinking water, protect fish and wildlife, and provide amazing back country recreation experiences.

Over the last three years, the Mt. Baker-Snoqualmie National Forest has already greenlighted two projects that allow new road building in inventoried roadless areas, the Olivine Mine and Excelsior Mine Expansions. Continuing to allow roadbuilding in roadless areas and allowing statewide exemptions sets a dangerous precedent for the future management of the Forest and in Roadless Areas. This puts clean water, backcountry recreation, ancient forests and wildlife habitat at risk.

More than 600 conservation, recreation, wildlife and hunting and fishing organizations as well as faith leaders, local businesses, breweries and elected officials from Washington State have formally supported the 2001 National Forest Roadless Area Rule and the protections it provides throughout the country. In Washington state, 45 breweries have weighed in to support protection of the Tongass via implementation of the Roadless Rule. 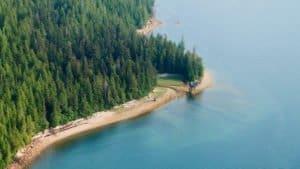